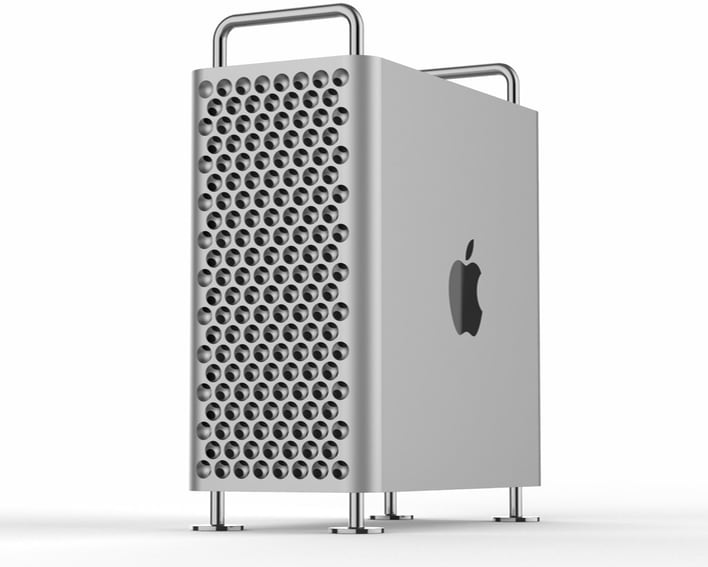 We've already seen that Apple means business with its custom Arm-based M1 processors, which launched last month with new Mac mini, MacBook Air, and MacBook Pro models. The M1 is a highly integrated SoC that includes an 8-core CPU (4 efficiency cores, 4 performance cores), either a 7- or 8-core GPU, and 8GB or 16GB of RAM integrated onto the die. However, Apple has much more powerful SoCs in the pipeline to fuel its higher-end Macs.

A new report from Bloomberg, which is typically quite reliable when it comes to Apple leaks, alleges that the next generation of Apple Silicon will be destined for 16-inch MacBook Pro and iMac models. According to the publication, these could feature up to 20 cores, with 16 performance cores backed up by 4 efficiency cores. Depending on yields (and to provide additional product differentiation), however, we could see lesser variants launched with the four efficiency cores joined with 8 or 12 performance cores.

But that's not all; Apple also has to provide a suitable replacement for the beastly Intel Xeon chips that are available in the iMac Pro and Mac Pro that are currently on sale. The Mac Pro, which is currently Apple's flagship desktop-based Mac, can be configured with up to a 28-core Xeon processor. However, its Apple Silicon-based replacement will feature up to 32 high-performance cores according to Bloomberg. It's rumored that this new Mac Pro, which would be roughly half the size of the current model, will launch some time in 2022.

And it's not just the CPU that will expand its core count with next-generation Apple Silicon; the company is also paying close attention to its graphics subsystem as well. If Apple wants to truly move away from Intel- and AMD-based GPUs, it will need to field its own hardware that offers competitive or superior performance. To this end, it's alleged that the next-generation of MacBook Pro and iMac systems will feature 16- or 32-core GPUs (up from the current 7- and 8-core designs). Moving into 2022, the iMac Pro and Mac Pro could be flexing their graphics muscle with 64- or even 128-core GPUs to challenge that best that Intel, AMD, and NVIDIA have to offer in this space.

Apple's transition away from Intel processors is expected to take 2 years. During that time, the company will increasingly jettison its Intel-based systems from its portfolio. Given that Apple started this process in late 2020, we'd expect the full transformation to be complete by late 2022 or early 2023 if all goes according to plan.

For an early look at what Apple's first-generation M1-based Mac mini is capable of, take a look at our performance preview of the system running Windows 10.