Apple announced its first M1-equipped Macs earlier this month, and we must admit that we were quite skeptical of the company's frustratingly vague performance claims during the virtual keynote. However, with devices in hand, the early reviews proved that Apple has a winner on its hands with the 8-core M1 (4 efficiency cores, 4 performance cores) in the 13-inch MacBook Pro, MacBook Air and Mac mini.

With this in mind, Apple isn’t just stopping with the M1; it needs even more performant processors in its lineup to fuel machines like the iMac, iMac Pro, and 16-inch MacBook Pro. And it's that latter device that is the topic of discussion today. According to reporting from @LeaksApplePro, the 16-inch MacBook Pro will be receiving a juiced up M1X processor. This chip will allegedly have a total of 12 cores: 4 efficiency cores coupled with 8 performance cores.

This matches up with information that we received earlier in the year which detailed a monster 12-core Arm processor that would be coming to the Mac family. Although M1X might not be the official name for the processor when it's released in the 16-inch MacBook Pro, a source speaking with @LeaksApplePro says "If you think M1 is fast, you haven't seen M1X." 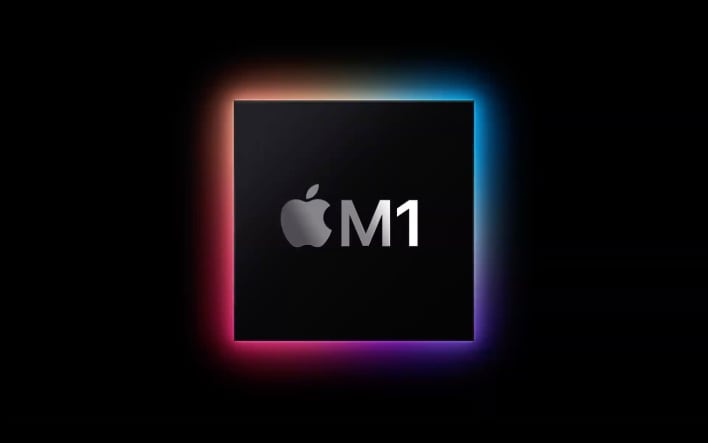 The Apple M1 definitely punches above its weight class in performance, especially with regards to single-threaded benchmarks. Even its multi-core performance is very competitive (if not superior) to most Intel processors available on current Macs. The new M1-equipped Macs are lightning fast with native Arm code in macOS Big Sur, and even when running Rosetta 2 translation for x86-64 code the performance drop-off in most cases is not significant.

As Apple transitions more if its lineup over to its own chips, we expect the increase in available native Arm software will eventually make Rosetta 2 irrelevant (just as was the case once the PowerPC to Intel transition was well-established).

With respect to the actual 16-inch MacBook Pro, we aren't expecting any big design changes, as this will reportedly be a "press release" launch with no accompanying keynote address. That makes sense as the 16-inch MacBook Pro is a relatively new design and isn't really in need of any refreshing. However, with the move to the M1X, we might see battery life double, just as it did with the 13-inch MacBook Pro and MacBook Air.