Apple's Self Service Repair Program For iPhone Opens In The US But Is It Any Good?

The answer to the question posed in our headline is...it's complicated. So it goes with many things in life, like an undefined relationship status. That's an apt comparison to Apple announcing that its Self Service Repair program is now available to iPhone owners in the US, because at a glance, there are some things we like about it and some things we don't.
Apple announced the program last November, saying at the time it would launch early in 2022. We're not quite at the mid-year point for 2022, so depending on your definition of "early," Apple technically held good on its promise. But let's not quibble about timing and instead take a look at the program itself and what it offers (as well as what it doesn't).

The core of the program is the opening of an online store where iPhone owners in the US can purchase more than 200 genuine parts and repair tools to fix iPhone 12, iPhone 13, and iPhone SE (3rd generation) handsets. At present, replacement parts consist of the battery, bottom speaker, camera, display, SIM tray, and taptic engine.
"Every genuine Apple part is designed and engineered for each product, and goes through extensive testing to ensure the highest quality, safety, and reliability. The parts are the same ones—at the same price—as those available to Apple’s network of authorized repair providers. For certain repairs, customers will receive a credit when returning a replaced part for recycling," Apple explains. 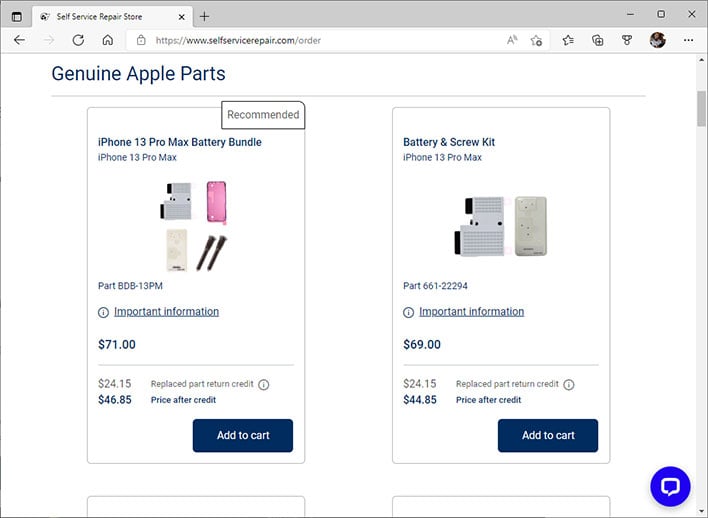 It's great that Apple is offering up replacement parts at the same cost its network of authorized repair providers pay, along with a credit incentive to return the broken component. Likewise, the tools that are up for grabs are the same ones they use too.
This is the first time Apple has made available tools to the general public, and you don't even have to buy them outright if you're only going to use them once for a single repair—Apple's offering week-long tool rental kits for $49 (with free shipping). That's a huge deal, because these rental kits come with a heated display removal fixture that costs $256.35 by itself.

The other highlight is the access to repair manuals. Apple makes clear that iPhone owners are still best served by delegating repairs to professionals, but for those who want to go the DIY route, the access to genuine parts, tools, and detailed repair guides is a boon. 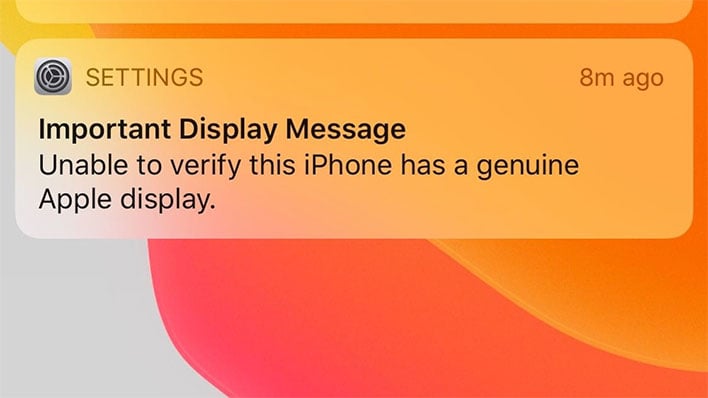 So what's not to like? The program is limited in scope right now, and depending on the repair, you might not save much versus having Apple (or its network of repair partners) do it for you. The biggest caveat, however, is the one that irks the folks at iFixIt.

"Apple is doubling down on its parts pairing strategy, enabling only very limited, serial number-authorized repairs. You cannot purchase key parts without a serial number or IMEI. If you use an aftermarket part, there’s an 'unable to verify' warning waiting for you. This strategy hamstrings third-party repair with feature loss and scare tactics and could dramatically limit options for recyclers and refurbishers, short-circuiting the circular economy," iFixIt says.
The popular DIY repair site says this essentially puts an expiration date on iPhone devices, because eventually there will be parts to support a particular model and no way to refurbish it. For this reason, iFixIt has insisted that the companies it has been partnering with (Google, HTC Vive, Motorola, Samsung, and Valve) not tie serial numbers to the replacement parts it sells for them.
"While it’s a great step for repair, and a change of course for the mighty Apple, the program doesn’t do what Right to Repair legislation around the world aims to do," iFixIt says.
So yes, it's a complicated relationship Apple is embarking on with iPhone users. That said, the Self Service Repair program is the most forthcoming Apple has ever been with regards to the right-to-repair movement, and it should get better over time. At the very least, it will expand to more countries and include more products.