I have a confession to make. When it comes to Apple products, I like some of them. A lot. Like the iPhone lineup (I'm currently using an iPhone XS Max), and the AirPods Pro. Perhaps more controversial, I'm not bugged by the notch, not at all (though I understand why some people hate it). But I'm also not blind to the price gouging on certain products, including accessories. Oh, and this $19 "Polishing Cloth" that is a new item in the Apple Store.

It's up for pre-order, and unlike the Nintendo Switch OLED or Xbox Series X Mini Fridge, I have a hard time seeing this selling out. The jokes practically write themselves on this one, but lest anyone need a hand, there's plenty of fodder on Twitter. Like this one that highlights the non-existent notch (what a missed opportunity, Apple!)... 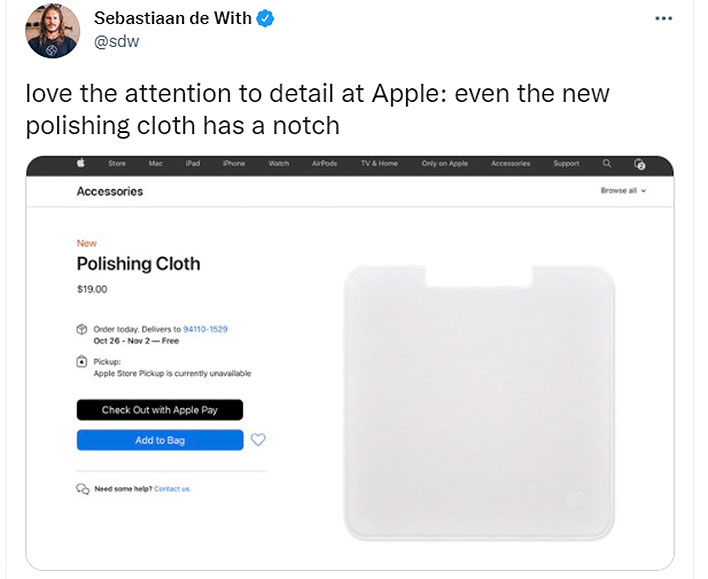 And this one which, as a big Boston Celtics and Kevin Garnett fan, hits home... 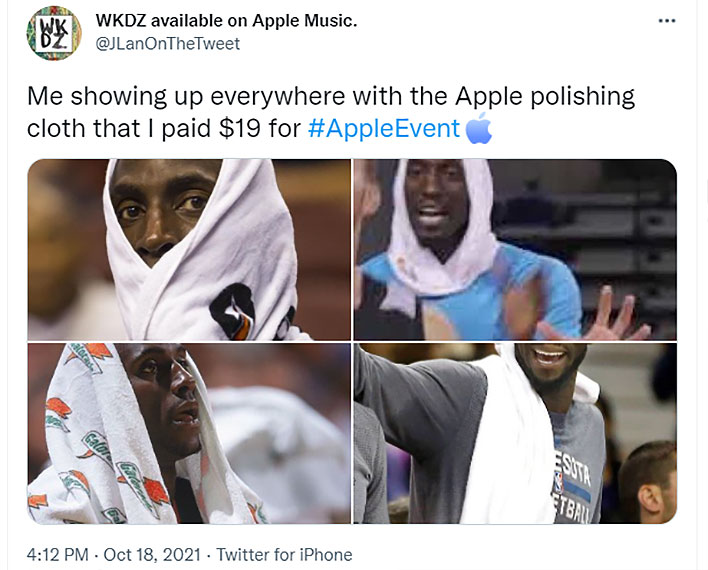 Perhaps most amusing, though, is there is an actual compatibility list! My iPhone XS Max is on there, but if you're still clutching to anything older than an iPhone 6 series handset or first-gen iPhone SE, be warned, it's not the list. Wipe it down at your own risk!
In all seriousness, there is a place for these kinds of cloths. When it comes to electronic displays, you want to use a non-abrasive material, and bonus points if it's lint free. Otherwise, you can scratch and scuff the display, and leave behind fragments of lint. It's also important to avoid liquids like rubbing alcohol and certain cleaning agents (that contain alcohol), because you can rub off any anti-glare coating that might exist.
That said, you certainly have more affordable options than a $19 piece of cloth with Apple's logo woven into it. Like these...
For the same price, you buy a cleaning kit with solution (mostly water) and a cloth included. Just do your research on those, as even the best-rated ones have a few negative user reviews claiming they mucked up their screens. In some cases, it might be a result of them rubbing too hard rather than the solution itself—it's best to use a dry cloth first to see if that does the trick, and to wipe gently (with the screen turned off).
Anyway, if Apple's $19 Polishing Cloth is calling your name, more power to you. However, there are cheaper alternatives if you can do without the logo.