COVID-19 has really changed our way of lives, from the way we shop, to the way we work, and even with regards to the way that our children learn. It has also limited our ability to congregate with friends, and take part in the time-honored tradition of, you guessed it, group selfies. Apple could change that with a newly granted patent for what it calls “synthetic group selfies”.

Given that many of us have been taking part in social distancing to help cut down on the spread of COVID-19, we obviously can’t be in close proximity to our friends and family for selfies. So, Apple’s solution would use software AI “magic” to captures images of people located in different places, and then merge them into one combined selfie. 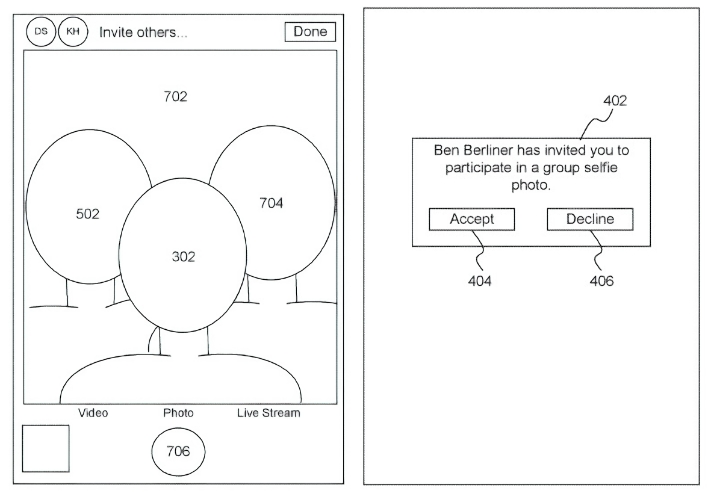 According to the patent, iPhone and iPad users would be able to send an invite to friends/family to participate in a group selfie. You would be able to take a new picture, use a live video streaming option, or choose from already taken pictures and video. Apple’s software would then be able to use distributed computing among the participating devices to cutdown on performance overhead needed to perform tasks such as background removal and rearranging people within a synthetic group selfie.

Now before you get the idea that Apple rushed to develop this technology specifically to address COVID-19, the patent was actually filed back in late 2018. However, the patent was not granted by the USPTO until June 2nd of this year.

We could see this being a popular feature for iPhone and iPads that could be integrated into a future iOS update. However, it’s unlikely that this feature would show up in this year’s iOS 14 in time for the iPhone 12 launch, and there’s no indication that Apple has plans to launch it publicly. Afterall, we’ve seen plenty of cool and interesting patents over the years from various manufacturers that ended up going absolutely nowhere.