If you're a jilted current (or former) owner of a MacBook, MacBook Air, or MacBook Pro with the oft-maligned butterfly keyboard mechanism, there's some breaking news today. A class-action lawsuit against Apple over the defective keyboards has been certified by Judge Edward Davila on March 8th in the state of California, but it was sealed until last week.

The Verge reports that the class action lawsuit covers customers residing in California, Florida, Illinois, Michigan, New Jersey, New York, and Washington. Devices covered by the suit include 2015-2017 MacBooks, 2018-2019 MacBook Airs, and 2016-2019 MacBook Pros. Apple sought to have the class action lawsuit dismissed but was rebuffed in late 2019.

The butterfly keyboard design was first introduced with the all-new 12-inch MacBook back in 2015, which replaced the old and venerable scissor-type switches. Almost immediately, customers began complaining about the lack of travel key travel compared to the previous designs, keys that became easily stuck (sometimes foiled by a single grain of dust/dirt), and keys that would often just stop functioning altogether. 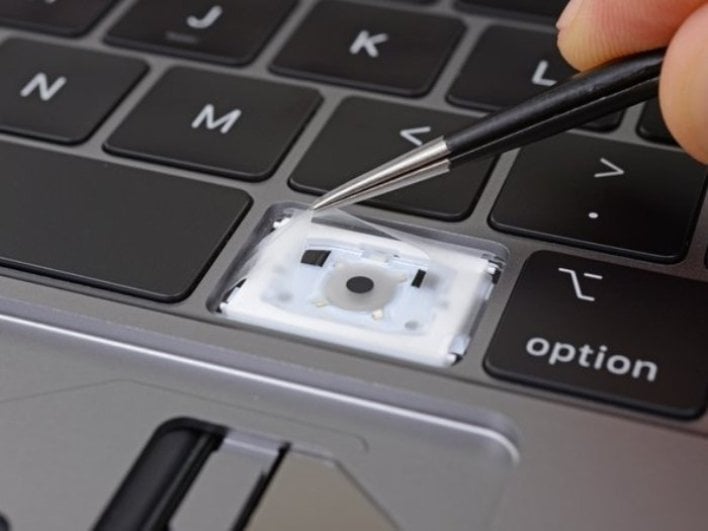 Apple revised the butterfly key mechanism several times and even included a silicone membrane to keep debris out of the keys. However, none of these "fixes" solved the underlying problem, and Apple was forced to implement a costly keyboard replacement program for all its MacBooks with butterfly keyboards.

After going through numerous revisions, Apple eventually gave up on its ill-fated butterfly keyboards and went back to the scissor-style mechanism, starting with the 16-inch MacBook Pro. The company now calls it the "Magic Keyboard," and it is found on all MacBooks, including the Apple M1-equipped MacBook Air and 13-inch MacBook Pro.

While the class-action lawsuit [PDF] only covers customers in the states mentioned above, the law firm handling the case, Girard Sharp, asks all affected users to complete a survey regarding the defective MacBook keyboards.