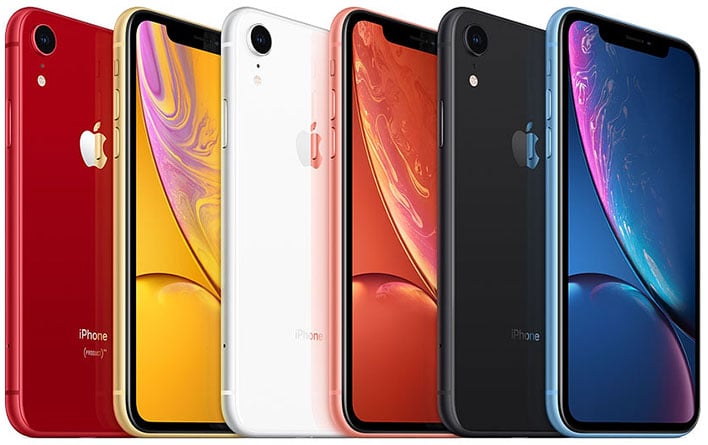 This may come as a surprise to some people (and not to others), but the iPhone XR was the best selling smartphone in all of 2019, and by a big margin, according to data corralled by Omdia. The tracking firm says Apple shipped 46.3 million iPhone XR models last year, beating the best selling Android phone, Samsung's Galaxy A10, by 16 million units.
These figures are not coming directly from Apple, which no longer offers up iPhone sales data. However, Omdia is not as obscure as the name might seem at first glance. It was recently established following the merger of the research division of Informa Tech and the acquired IHS Markit technology research portfolio. IHS Markit is a stalwart in the market research business, and most of the company has been folded into Omdia.
Getting back to the smartphone data, it appears the cheaper price of the iPhone XR compared to higher end models is proving highly appealing to buyers. That said, the iPhone 11 came in second place, with 37.3 million shipments.

"Apple has consistently owned the first and second positions in the global smartphone model shipment ranking, with the company maintaining this dominant position for more than five years running," said Jusy Hong, smartphone research and analysis director at Omdia. "The company’s continued dominance on this front is all the more remarkable when considering that Apple’s price hikes caused overall iPhone shipments to decline last year. By limiting the number of models it offers compared to its top competitors, Apple has been able to concentrate its sales on a few smartphones that have broad appeal, like the iPhone XR."
Therein lies the rub with this kind of data. Apple owns a more consolidated lineup compared to companies like Samsung, so it's easier to notch single-model victories, as it pertains to shipment figures. That said, the data suggests there is more to it than a smaller lineup. Here's how things broke down in 2019...

Apple's iPhone models account for half of the top 10 entries, and in 2018 in owned 6 of the top 10 best selling smartphone positions.

The data also suggests a somewhat rabid willingness from consumers to spend money on Apple's more expensive models. For example, the iPhone 11 Pro Max slotted in at No. 6 with 17.6 million shipments in 2019 despite launching late in the year, and in 2018 the iPhone XS Max held the same spot with 21.3 million unit shipments.
Interestingly, Samsung saw much higher shipments from its cheaper phones than its premium offerings in 2019.
"Samsung's top models in 2019 were the A-series and J-series, both of which are mid and low-priced models," said Gerrit Schneeman, senior analyst, smartphones for Omdia. "Samsung in 2019 greatly increased the number of variants of its flagship model by introducing low-priced models, along with 5G smartphones. Omdia believes that shipments are dispersed among the variants, preventing the Galaxy S10 from attaining higher total shipments."
It will be interesting to see how things play out this year, especially if Apple introduces a 5G iPhone. As it stands, Samsung dominates the 5G phone arena, with 5G-enabled Galaxy devices having accounted for 4 of the 5 top selling 5G phones in 2019.