Yesterday, Apple announced a refresh of its 11- and 12.9-inch iPad Pro tablets. Last year's 2020 refresh was relatively minor with a slightly more powerful GPU in the A12Z Bionic processor and upgraded cameras, but Apple put more effort into the 2021 update.

The new iPad Pros now feature the same M1 Apple Silicon that graces the MacBook Air, 13-inch MacBook Pro, Mac mini, and the all-new iMac. The M1 SoC also means that the iPad Pro is available in 8GB and 16GB RAM configurations with up to 2TB of internal storage space. Both tablets now support Thunderbolt 4 connectivity and optional 5G wireless connectivity via a Qualcomm Snapdragon X55 5G modem. Finally, the 12.9-inch iPad Pro gets a stunning new mini-LED display that promises a 1,000,000:1 contrast ratio, richer colors, and blacker blacks (the 11-inch model gets left out of this upgrade, unfortunately). 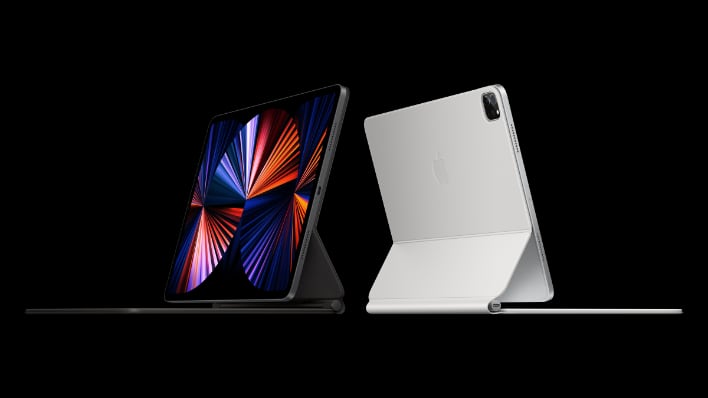 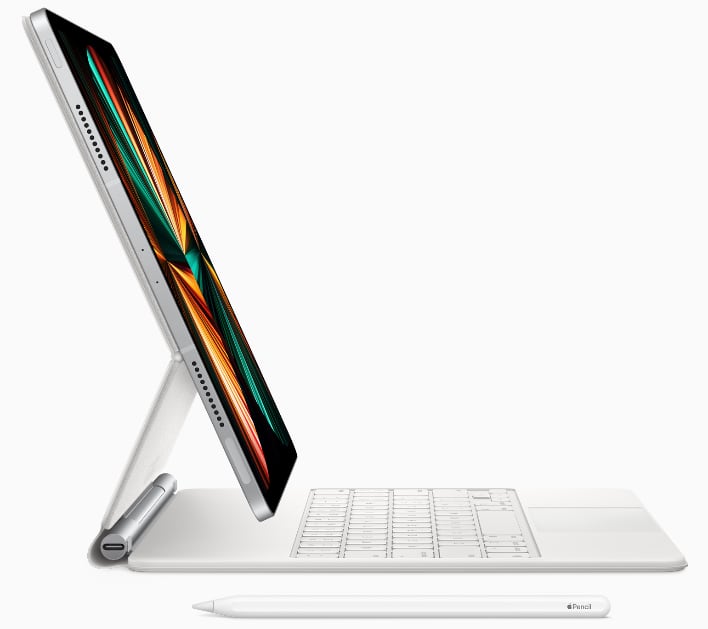 But it doesn't stop there; the icing on the cake for the iPad Pro family is, of course, the optional 5G connectivity. That is an additional $200, which takes the final price for a maxed-out 12.9-inch iPad Pro to $2,399. We're getting heartburn just thinking about the type of customer that pays that much money for an iPad Pro. And that's not even accounting for other pricey accessories that customers will likely snap up:

So full tilt, you're looking at close to $3,000, and our collective heads are spinning. The $2,399 price is exorbitant to us mere mortals, but it's not exactly unprecedented. The Microsoft Surface Pro 7+ costs $2,399 with a Core i7 Tiger Lake-U processor, 16GB RAM, a 1TB SSD, and Wi-Fi (no cellular). However, that tablet is running full-blown Windows 10 and is arguably a much more versatile machine. Despite its PC-class M1 SoC, the iPad Pro is still hamstrung by iOS iPadOS. All that power and you're stuck inside Apple's walled garden when it comes to apps. Sure, thousands of great iPadOS apps exist, but it still feels like purchasing a fancy mountain bike with the training wheels attached.

With the iPad Pro now rocking an M1 SoC, Thunderbolt, and copious amounts of RAM/storage, is it now time for Apple to start thinking about giving its tablets the ability to run the full-blown macOS operating system? Tell us what you think about Apple's new iPad Pro, its pricing, and the idea of macOS compatibility in the comments section below.