Today, Apple brought the power of its new M1 SoC to the completely redesigned iMac, and now the chip is leaping the iPad Pro. With the M1 onboard, this is now the most powerful iPad Pro ever, with a 50 percent uplift in CPU performance combined with a 40 percent boost in GPU performance.

While the move from A-Series SoCs to M1 is big news, perhaps the most significant addition is a new Liquid Retina XDR Display on the 12.9-inch model. The display uses 10,000 mini-LEDs for precise local dimming, offering a 1,000,000:1 contrast ratio and 1,600 nits peak brightness. Unfortunately, the new 11-inch iPad Pro is stuck with the same display technology as the previous generation model. 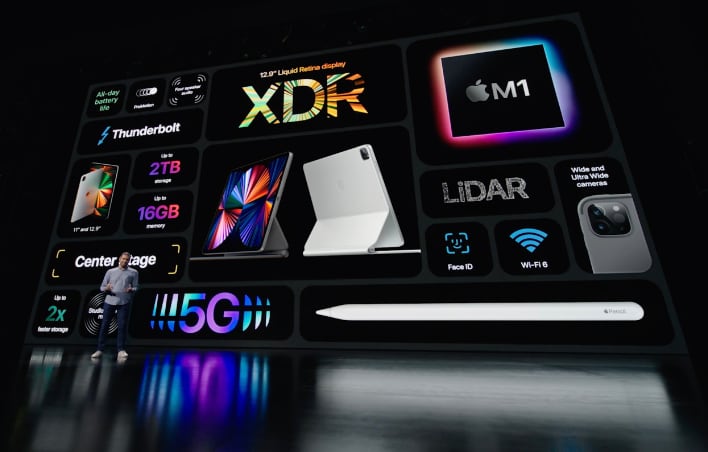 Other features include a new TrueDepth camera system with a 12MP ultrawide sensor and a 120-degree field of view. This hardware enables with Apple calls “Center Stage,” which can “pan” the camera to keep you centered in the shot as you move around and even recognize other people in the frame. 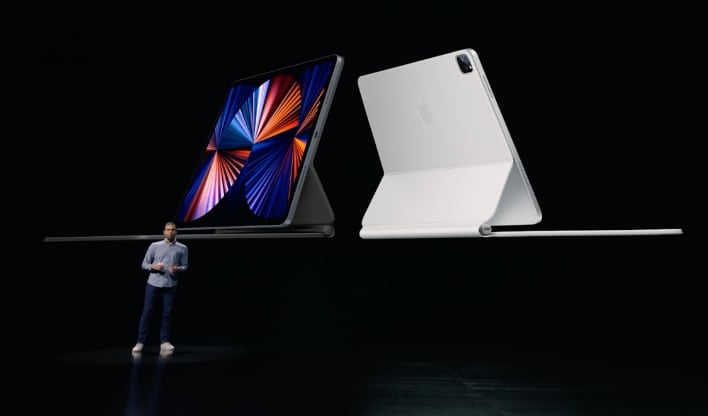 As previously rumored, the new iPad Pro features Thunderbolt and USB 4 support, while cellular models get a speed boost to 5G connectivity (with mmWave support). Finally, maximum storage capacity has doubled from 1TB to 2TB, while 8GB and 16GB RAM options are now supported thanks to the M1 SoC. 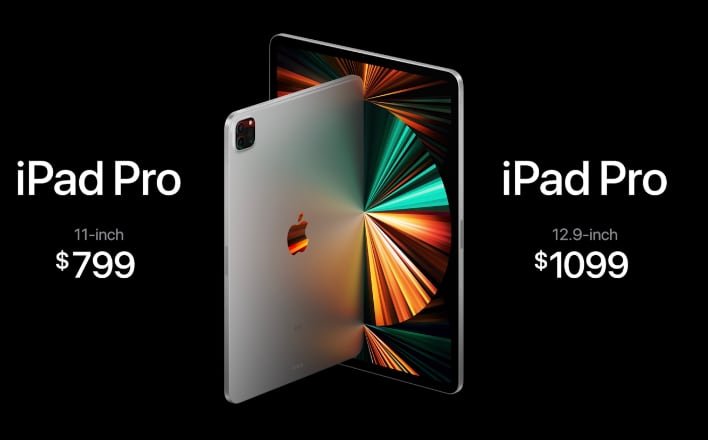 The new 11-inch and 12.9-inch iPad Pro launch on April 30th, priced from $799 and $1,099, respectively. Also, the Magic Keyboard accessory will now be available in white to go along with the current black model.