Apple today announced its all-new iMac, which is the “next big step” in the design evolution for the company’s all-in-one desktop. This time around, the iMac is much thinner than before, measuring just 11.5mm thick, and is entirely flat (rather than having a curved back).

But what will most likely stand out most of all is the right colors that are now available across the iMac lineup. The back features bold colors like blue, red, and green. The color is mirrored on the front of the device, albeit in a lighter shade to not be too distracting. The display bezels are also thinner, although there is still a sizable “chin” at the bottom of the device. 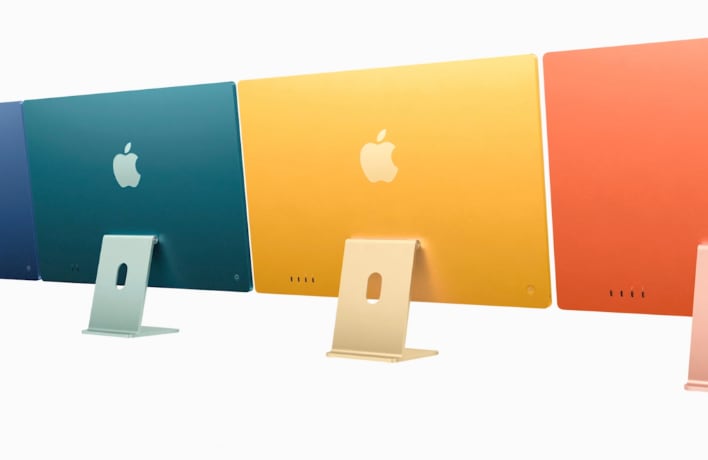 Speaking of the display, it measures 24 inches across while maintaining a footprint just slightly larger than the old 21.5-inch model. The display is 4.5K (4480x2520) with True Tone support. Apple has boosted speaker volume by 50 percent, and the FaceTime camera has been upgraded from 720p to 1080p, which is welcome news in this work from home (WFH) climate.

The new iMac is the first Mac designed entirely around the new M1 processor, rather than being shoved into an existing chassis (like the MacBook Air and 13-inch MacBook Pro). Apple says that the M1 is up to 85 percent faster than the Intel chips used in the previous generation iMacs while operating at just 10 decibels during typical workloads. 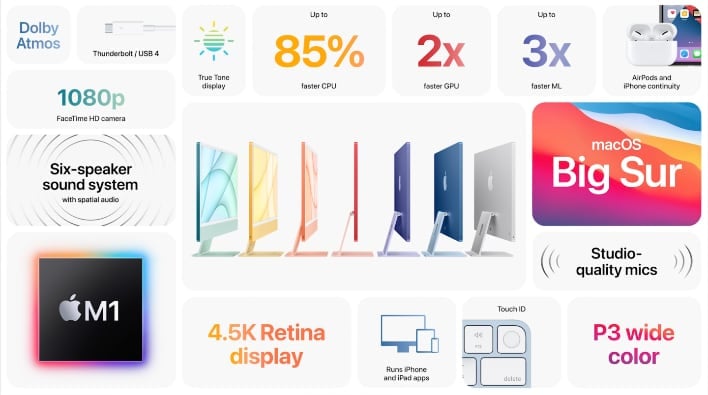 The iMacs can be configured with three different color-matching keyboards, including options with a built-in Touch ID sensor or an integrated number pad. A color-matched Magic Mouse and Magic Keyboard are also available. 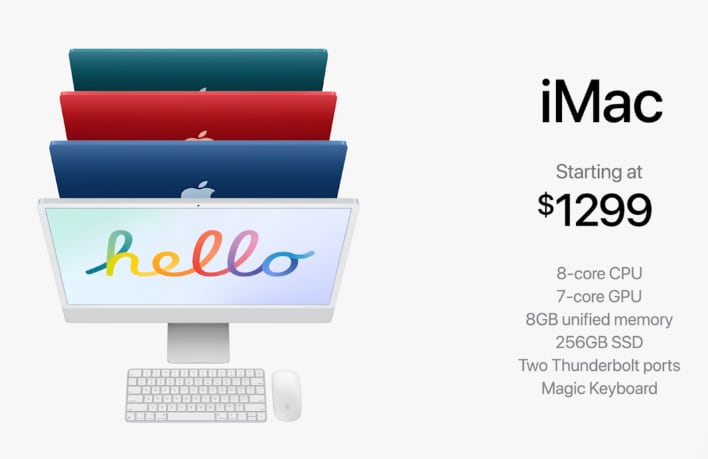 The iMac starts at $1,299 with an M1 SoC (8-core CPU/7-core GPU), 8GB of RAM, 256GB SSD, and two Thunderbolt ports. This configuration is available in just four colors and comes with a Magic Keyboard and Magic Mouse. For $1,499, the M1’s SoC gets bumped to a 7-core GPU, and you get two USB 3 ports to go along with the two Thunderbolt ports. Also includes is a Magic Keyboard with Touch ID and Ethernet.

The new iMacs are available to purchase now.