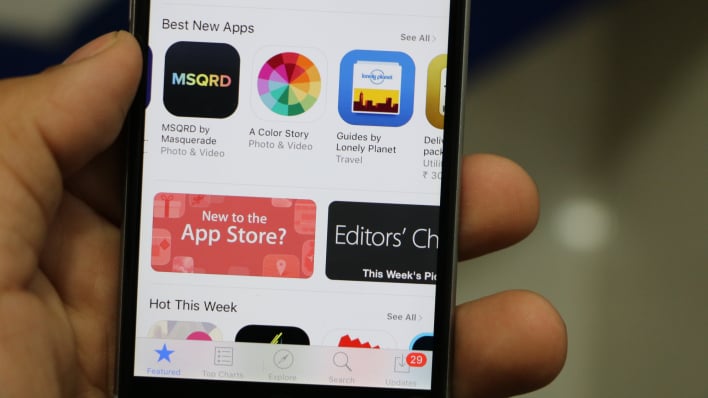 Apple has been investigated and accused of anti-competitive practices over the last year, and in September, Epic Games formed a coalition against Apple for battling monopolistic store practices.  The U.S Department of Justice has also been increasing antitrust investigations and inquiries into big tech companies over the last year. Apple is likely not a fan of this scrutiny and wants to avoid any potential lawsuits, especially from the government, like the plague. Thus, Apple is apparently trying to appease regulators with a new feature in the newly-released iOS 14.3 beta, which will show third-party apps to new users during device setup.

Yesterday, 9to5Mac found code within the iOS 14.3 beta, and the new feature is a roundabout way of handling accusations that Apple is anti-competitive. Most of the allegations swirl around Apple having some unfair rules and regulations for developers on the App Store that can at times favor Apple's services and first-party apps over the vast third-party developer community. These rules and regulations are what spawned the Epic Games lawsuit against Apple.

It seems that this menu of third-party apps is not going to be shown to all users, however, as the code explicitly stating it will be "In compliance with regional legal requirements." As such, the menu will likely be shown to users within regions that have found other companies guilty of anti-competitive practices, such as the European Union, with Google back in 2019. This feature could also come to the United States at some point as government entities have ramped up anti-competitive and anti-trust investigations, as shown by the lawsuit the DOJ filed against Google this year. If Apple is looking for an excuse to avoid a lawsuit, this is the first step.

However, the real question is, does this move absolve Apple of perceived monopolistic behavior in the eyes of the law? Only time will tell, and we'll have to actually see if this feature lurking in the iOS 14.3 beta makes it to the eventual public release.