The iPhone 12 family isn’t the only major product line on Apple’s docket for launching during the second half of 2020. According to a new report, Apple has three critical products that will be redesigned and released for consumers including an all-new iMac.

DigiTimes is reporting that Apple will launch an all-new 23-inch iMac later this year. It should be noted that the current iMac family is available in 21.5-inch and 27-inch sizes, so it would seemingly make sense for the 23-inch model to replace the former given that less than 2 inches separates them.

This information comes just days after Apple leaker Sonny Dickson claimed that a new iMac model would be launched at WWDC 2020 later this month. That would likely be a redesigned 27-inch model, which is said to adopt “iPad Pro design language” with thin display bezels. The all-in-one machine is also tipped to gain AMD Radeon Navi graphics and drop the Fusion Drive for storage.

The other two products reportedly launching during the second half of the year include a 10.8-inch iPad Air and an all-new iPad mini with a larger display. With regards to the iPad Air, the current model features a 10.5-inch display and an A12 Bionic SoC onboard. It is likely that the new 10.8-inch model would adopt the newer A13 Bionic SoC, and may reduce the display bezels even further to maintain compatibility with existing accessories. Whether that means that Touch ID finally gets the boot in favor of Face ID remains to be seen. 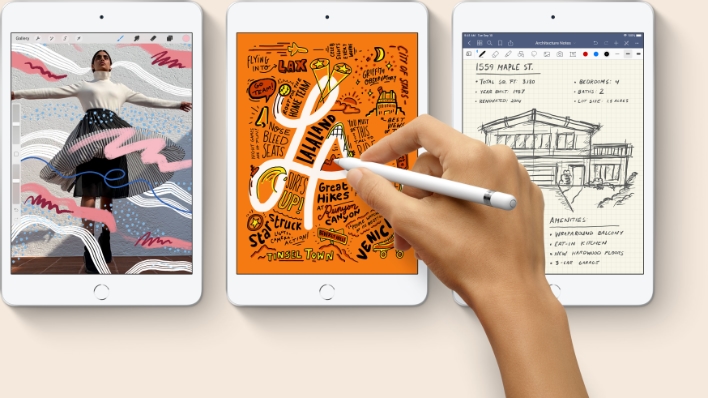 As for the iPad mini, this entry-level tablet has maintained a 7.9-inch display ever since it was first introduced back in 2012. The DigiTimes report claims that the iPad mini will finally gain a larger display measuring between 8 to 9 inches diagonally. Like other non-Pro iPad models, the iPad mini has rather large bezels above and below the display, so there’s plenty of room to enlarge the display while maintaining tidy exterior dimensions.

Given that the iPhone 12 keynote will likely already be jam packed with announcements – including new AirPods and the Apple Watch Series 6 – these new iMac and iPad announcement will probably be reserved for a separate, low-key launch without any big fanfare.