Apple AirPods Might Get An Ambient Light Sensor, Here's What It Would Do 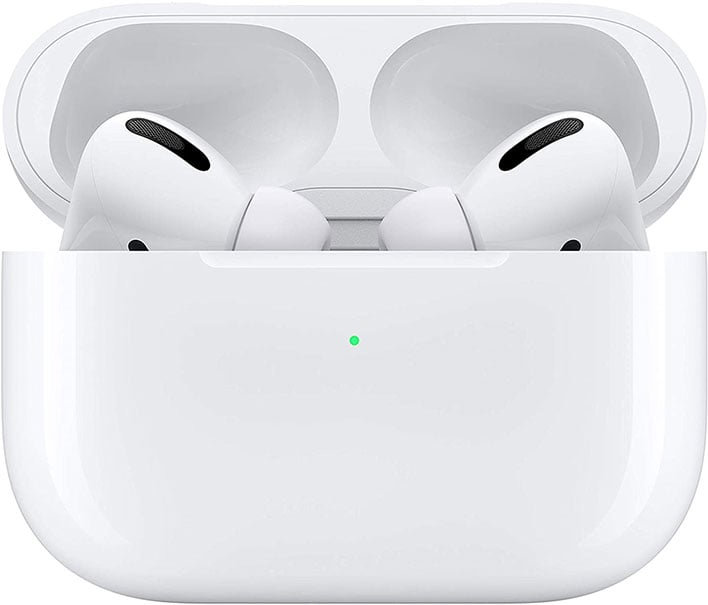 It may sound odd to incorporate light sensors into components that you end up jamming into your ear, but that is exactly what Apple might decide to do with its AirPods, at some point. For now, it is just a rumor. However, if Apple does go that route with a future version of its AirPods, it would potentially give the earbuds a neat health monitoring feature.
Let's start with the initial rumor. The folks at MacRumors spotted a Digitimes report (that is hidden behind a paywall) claiming Apple will inject ambient light sensors (ALS) into a next-generation version of its AirPods. According to the report, Taiwan's ASE Technology might be handling the "backend process" for the new component, which could see the light of day in 1-2 years.
The report is not definitive in any of its statements. In addition, even if Apple is looking at doing this, plans could change or time frames could be adjusted. Or put another way, there are a lot of variables at play that could affect whether this actually happens, and when it might happen (assuming it is part of Apple's roadmap).
So, what would be the point of having ambient light sensors in a set of earbuds? The report does not say, but there is a separate article that, uh, sheds some light on the subject.
"ASE Technology is poised to apply its SESUB (semiconductor embedded in substrate)-based SiP packaging technology to next-generation TWS (true wireless stereo) earphones to be rolled out by Apple, after being contracted to handle high-end mmWave AiP (antenna in package) process for 5G iPhones and tablets, according to industry sources," Digitimes says in a separate report.
"ASE has combined SiP with embedded AI design for TWS gears, allowing the devices to monitor heart rates, step counts and health conditions and even to conduct intelligent translation and detect head motions, the sources added," the report continues.
It would essentially serve as a fitness feature. This is in line with previous rumors, and would give the AirPods some of the same abilities as the Apple Watch. It is also worth noting that none of this is wild technology that has not been invented yet. Some of the items used in healthcare settings leverage light to measure pulse rates and blood oxygen levels, such as pulse oximeters that clip on to a patient's finger or ear.
How this might affect the look, shape, and feel of the AirPods remains to be seen. It's not clear if Apple could incorporate an ambient light sensor that works effectively without altering the physical design. If this comes to fruition, it will also be interesting to see if Apple adjusts the price. As things stand, the latest generation AirPods Pro run $249, the regular AirPods with a wireless charging case runs $199, and the AirPods with a standard charging case runs $159.