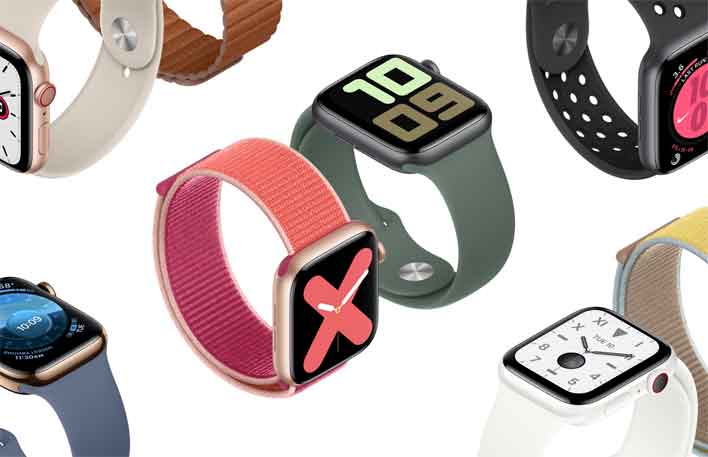 Each time a new version of watchOS for the Apple Watch turns up, people get excited about the upcoming new features. Further details have surfaced for the Apple wearable that come from hints in leaked iOS 14 code. The leaked code gives information on new watch faces, sleep tracking, and parental control features for the Apple Watch that are expected to land later this fall.

One of the fundamental changes for the wearable comes in watch faces. WatchOS 7 has three key differences in the watch face arena, with the most interesting being shareable watch faces. This will allow users to share their custom watch faces with other users. Each watch face is treated like an individual file in watchOS 7.

The leaked iOS 14 code has shown that users can share specific watch faces via AirDrop using a share sheet on the watch app on iOS. What's unclear at this point is if the watch faces will be sharable directly between Apple Watches. Also included are more customization options with more colors, styles, and complications.

Infographic Pro is a new watch face that is coming with a key addition called a tachymeter. This is a tool that measures speed and distance traveled based on travel time. Users of the new watchOS will be able to create custom watch faces using a photo from the iPhone with photos in an album cycling through. A new shared album feature will show images on the watch face from an album that multiple users can upload to.

New features for kids include new parental controls that will allow the child's Apple Watch to be set up and controlled by the parent's iPhone. As it is now, only a single watch can be paired and used with the iPhone at once. A new schooltime feature will allow the management of which apps can be used during certain hours. Sleep tracking is finally coming to the Apple Watch with Apple having leaked the Sleep app with the user being able to set a custom goal in the Health app. WatchOS 7 will also bring a new architecture for watch apps. We mentioned another significant feature of the Apple Watch 6 yesterday with the device gaining an integrated tracking of oxygen levels in the blood.