In a matter of days, you'll be able to preorder Apple's latest MacBook Air with an M2 processor inside. The company announced today that preorders will open up on the redesigned M2 MacBook Air on Friday, July 8, and then release a week later on July 15 (customers who preorder should start receiving them that day as well). Pricing in the US will start at $1,199, or $1,099 for qualifying students and teachers. Should you buy one?
Barring any surprising, the latest refresh looks like a worthy update to the MacBook Air line. It's been "completely reimagined around M2" with a thinner and lighter body—it has a scant 11.3mm (0.44 inches) waistline and weighs just 2.7 pounds. The redesign amounts to a 20 percent reduction in volume from the M1 MacBook Air.
Apple also managed to the stretch the screen size a tad, to 13.6 inches (up from 13.3 inches). It extends closer to the edges this time around, resulting in what Apple says are "much thinner borders" and more screen real estate. It's also 25 percent brighter with a 500 nits rating, and supports 1 billion colors. 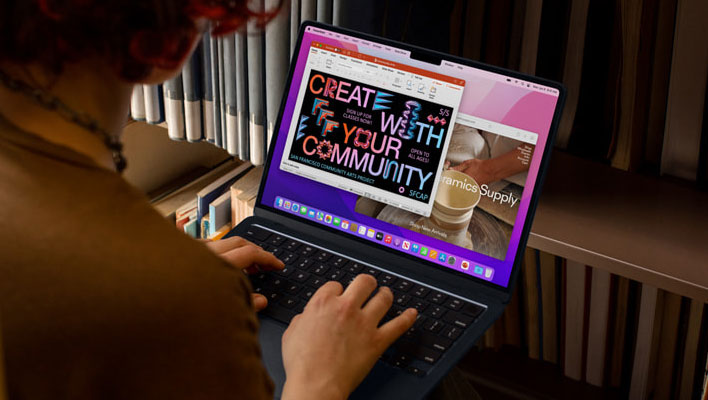 There's a notch on this year's refresh, though, and we imagine not everyone will be thrilled with that decision. It houses a new 1080p FaceTime HD camera with twice the resolution and low light performance than the M1 MacBook Pro.

Of course, the main selling point is the upgrade to Apple's M2 silicon. The M2 inside the MacBook Air features an 8-core CPU and up to a 10-core GPU, along with up to 24GB of unified memory serving up 100GB/s of bandwidth.
We'll have to wait and see if any hidden changes emerge that might potentially affect performance in a negative way. We bring this up because it was recently discovered that the baseline M2 MacBook Pro with 256GB of storage employs a single NAND chip solution for the SSD, instead of dual chips like last year's baseline model. Tests have shown this can drag down performance in some heavier workloads, as a result of chewing through the RAM and hitting up swap (disk storage used as RAM).
Finally, the M2 MacBook Air will bring with it a new 35W compact power adapter with two USB-C ports. That will enable users to charge two devices at the same time. Also, this will be the first MacBook Air to support fast charging (up to 50 percent in 30 minutes) if opting for the 67W USB-C power adapter.