As expected, Apple is attempting to appeal a judge's recent ruling that could allow developers to effectively bypass the company's App Store fees, by permitting them to include in-app buttons linking to outside payment systems. Apple's appeal asks for a delay on the injunction that would allow this, potentially pushing back the implementation of buttons for outside-app payments by years. The appeal elicited a comical diss by Epic Games boss Tim Sweeney.

As things stand now, app developers generally pay Apple a 30 percent commission on apps sold in the App Store, as well as purchases made from within their apps. For this reason, some companies like Spotify do not give users the option of subscribing to their services from within their apps, to avoid the chunky royalty fee. They have to already be subscribers in order to user the iOS app.

In an effort to change the game, so to speak, Epic Games knowingly breached its contract with Apple by pushing out an update to Fortnite to allow payments outside of the app, thereby bypassing Apple's commission. Apple responded by booting Fortnite from the App Store, and then Epic Games sued Apple, which was the plan all along—Epic called this Project Liberty.

In the first round of the legal fight, both sides won and lost. Here's the Cliff Notes summary: Judge Yvonne Gonzalez ruled that Epic Games breached its contract and owed Apple $6 million in royalties, which it has since paid, and ruled in Apple's favor in nine out of ten antitrust counts. However, the judge also ruled that Apple must allow apps to point consumers to outside payment systems, giving Epic Games a major victory (though it still can't accept in-app payments without paying a royalty). 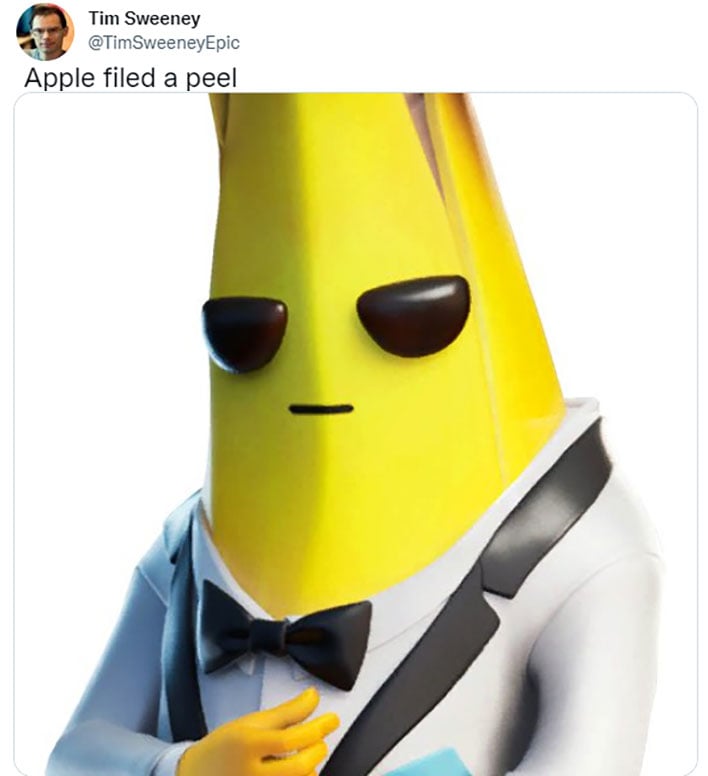 The ruling is up for a certain amount of interpretation, but regardless, Apple isn't keen on giving developers a potential path to bypass its royalty fee until the legal matter plays out in its entirety, appeals and all. Apple claims that doing so now would "harm users [and] developers," as well as the entire iOS platform.

"At a high level, it is my judgment that, without thoughtful restrictions in place to protect consumers, developers, and the iOS platform, this change will harm users, developers, and the iOS platform more generally," Apple stated in a fling, according to CNBC.
The filing went on to say that by granting the requesting the stay, Apple would be in better position to "protect customers and safeguard its platform while the company works through the complex and rapidly evolving legal, technological, [and] economic issues that any revisions" to its policies and guidelines might have on consumers and developers.
"Links and buttons to alternate payment mechanisms are fraught with risk. Users who click on a payment link embedded in an app—particularly one distributed through the curated App Store—will expect to be led to a webpage where they can securely provide their payment information, email address, or other personal information," the filing states.
This was just too much for Sweeney, who couldn't hold back razzing Apple.

Finding himself in a punny mood, Sweeney posted Fortnite's infamous Peely character on Twitter, calling attention to Apple's...wait for it...a peel. He then reached into his bag of snark and pulled out a peach of a comment.

"But seriously guys buttons are really dangerous, as Apple explains. Some buttons are big and red. Some buttons launch nuclear missiles. If software is allowed to include buttons, they could maybe cause iPhones to explode and kill you or, worse, void your warranty," Sweeney wrote.
It could still be quite some time before there is definitive resolution on the matter. The App Store is obviously super lucrative for Apple, and so it will fight this tooth and nail until the end. Until then, at least we get some entertainment from the sidelines.