Mobile gaming and non-game app adoption and spending really took off in 2020. However, market trend started normalize in 2021, and worldwide consumer spending should reach $133 billion on in-app purchases, premium apps, and subscriptions. That includes spending on both the iOS App Store and Google Play, but Apple is expected to lead the pack. 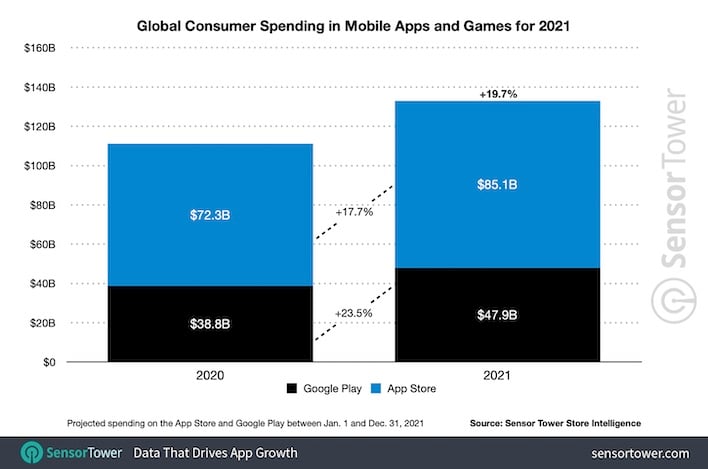 According to Sensor Tower Store Intelligence data, Apple and Google should enjoy a 19.7 percent year-over-year growth compared to 2021. Between 2019 and 2020, app spending increased 21 percent, very close to this year’s expectations. Total new app installs are expected to hit 143.6 billion, a modest half-percentage point higher than 2020 but still a record breaker. 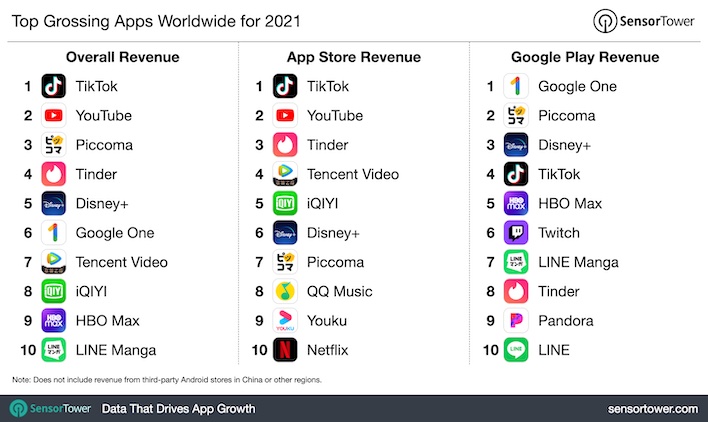 The top-grossing apps for 2021 include TikTok, YouTube, Tinder, Disney+, and the Google One subscription service, among others. Google One is seeing the most revenue in 2021 on Android devices. On iOS, TikTok has the top spot for spending. 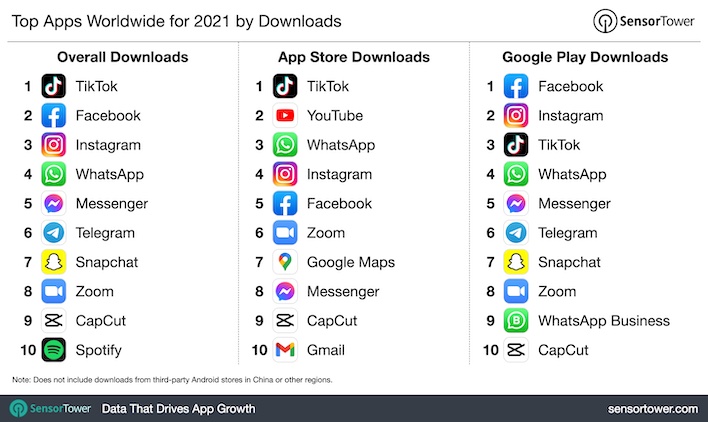 In terms of total downloads, Facebook leads the charge on Android while TikTok dominates iOS and iPadOS devices. Facebook has the number 4 slot on the App Store total downloads. As for TikTok on Android devices, the short video sharing app maintains a solid third place. 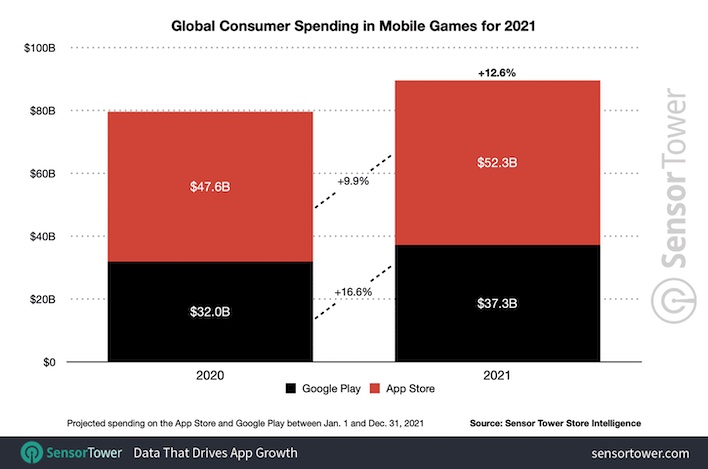 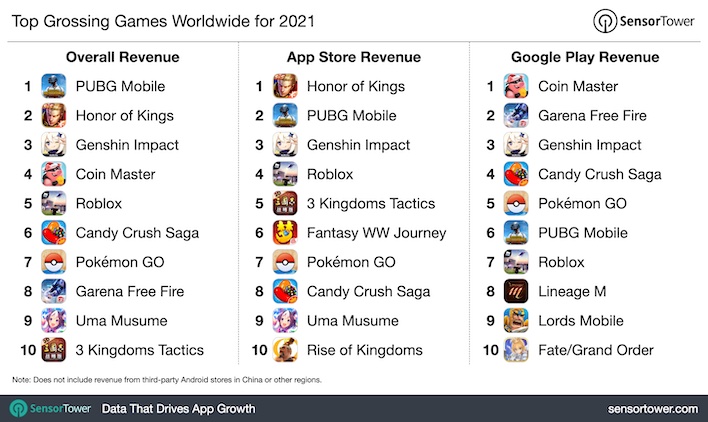 In terms of overall revenue, PUBG Mobile comes in first place. However, Tencent’s Honor of Kings has the most revenue on the iOS App Store. Within the Google Play ecosystem, Coin Master brought in the most revenue.

For more details, you can check out SensorTower's full report, here.