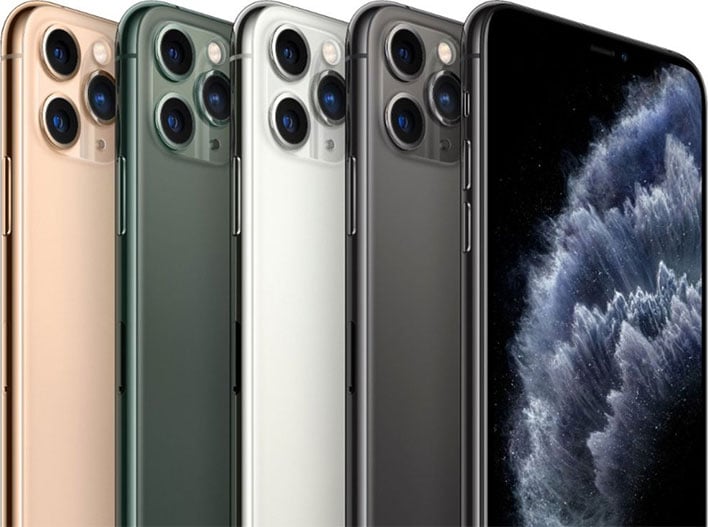 In what a security researcher called "one of the more curious behaviors" of Apple's iPhone 11 Pro, and perhaps the entire iPhone 11 lineup, the latest generation iPhone can and does track users in some instances even disabling Location Services for each individual app. As far as Apple is concerned, there is nothing wrong with this.
While Apple might not see anything wrong, however, the continued tracking is seemingly not in line with what the company states in its privacy policy. The policy explains that if Location Services is enabled, the iPhone will sometimes "send geo-tagged locations of nearby Wi-Fi hotspots and cell towers (where supported by a device) in an anonymous and encrypted form to Apple."
"You can also disable location-based system services by tapping on System Services and turning off each location-based system service," the policy states.
Even though it says that, KrebsOnSecurity found that the new iPhone 11 Pro still intermittently pings the user's location. It seems there are some services on that particular phone (and likely entire iPhone 11 lineup) that requests location data and cannot be disabled without turning off location services entirely—the arrow icon still shows up even after going through and disabling system every system service that uses location, the security outfit says.
Here's a 1min16sec video demonstrating the behavior...

Apple said this is "expected behavior" and nothing to fret about.
"We do not see any actual security implications," an Apple engineer said. "It is expected behavior that the Location Services icon appears in the status bar when Location Services is enabled. The icon appears for system services that do not have a switch in Settings."
To be fair, disabling the main Location Services switch will put a stop to the tracking. And the latest version of iOS gives users more control over sharing this kind of data, than was possible in the past. However, it would be nice to know which hidden services still track a user's location even when flipping all of the available app and service switches to the off position.
The security outfit was not able to recreate the issue on an iPhone 8 running the same version of iOS. As such, this anomaly might be related to the Wi-Fi 6 hardware in the iPhone 11 series.