AOC is a name that should be familiar with our readers for its expansive family of gaming displays, and the company just added two new products to the mix. The CU34G2 and CU34G2X both measure 34 inches across, and have a resolution of 3440x1440 (21:9) with a 1500R curvature.

Other specs shared between the two display include a 3000:1 [static] contrast ratio, 300 nits brightness rating, 1ms response time, and support for AMD FreeSync. However, there are some minor differences that separate the two. For example, the CU34G2's refresh rate tops out at 100Hz, while the CU34G2X will shimmy on up to 144Hz. 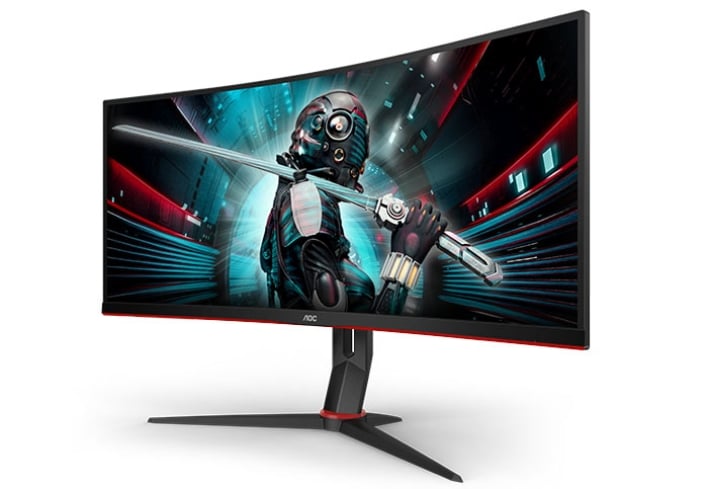 Other features of AOC's new gaming monitor pair include a single DisplayPort 1.2 connector and two HDMI ports -- the CU34G2's HDMI ports are 1.4 spec, while the CU34G2X ups the ante with HDMI 2.0. There's also an integrated 4-port USB 3.0 hub, and there are stand adjustments for height, tilt, and swivel.

AOC lists the viewing angles for the CU34G2 and CU34G2X at 178 degrees horizontal/vertical and 16.7 million colors are supported. Adobe RGB coverage hits 92 percent for the CU34G2, while the CU34G2X drops to 88 percent.

Although U.S. pricing hasn't been announced at this time, the CU34G2 and CU34G2X are priced at £399 and £499 respectively in the United Kingdom. Both monitors are expected to launch in the UK in January 2020, however, U.S. availability will be announced at a later date.