Animal Crossing: New Horizons Preorders From Amazon May Be Delayed, Check Your Email 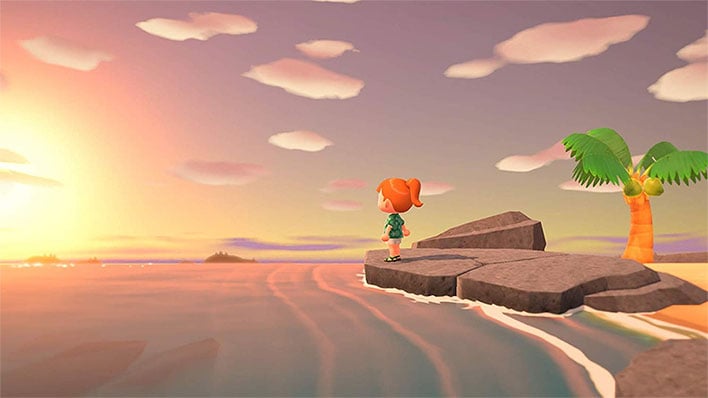 These are strange times we live in. Tom Brady is leaving the New England Patriots, most sporting events have either been cancelled or postponed, we're being told to social distance ourselves, and toilet paper is quickly becoming the new currency. Video games provide a respite from reality, though if you preordered a physical copy of Animal Crossing: New Horizons from Amazon, check your email—it might be delayed.
New Horizons releases on Friday, March 20, and is one of the most eagerly anticipated games so far in 2020. The other one is Doom Eternal, and as we reported on earlier, GameStop is releasing that game a day early (today) in hopes of spreading out the crowd, since it is due to release on the same day as New Horizons.
Fans of New Horizons had hoped it would be the other way around, but it simply isn't. Adding insult to injury, several customers have taken to social media to voice frustration over being notified that their Amazon shipments are being pushed back until next week.
In the grand scheme of things, playing games takes a distant backseat to getting a handle on the coronavirus pandemic, part of which entails stopping its spread. And in regards to that, there have been reports that Amazon is prioritizing medical shipments and household staples before everything else. That is undoubtedly a contributing factor to the delay.
It's not clear how many preorders are affected by this. Only physical copies are being delayed, obviously, as there is no reason to push back digital deliveries. And to that end, you can still preorder a digital copy (or physical) on Amazon for $59.99.