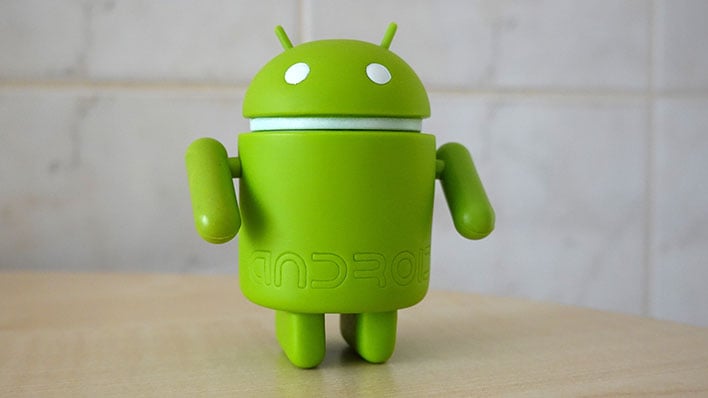 Had the Coronavirus pandemic never occurred, Google would be getting ready to release its Android 11 Beta 1 release tomorrow, as originally planned. That's not going to happen—the launch event has been postponed without a followup date, so for the time being, the Android 11 Preview 4 build is the latest one. Well, for most people.
Pixel 4 owners are apparently the exception. As spotted by XDA-Developers, the Android 11 Beta 1 build (RPB1.200504.018) has found its way to some Pixel 4 phones as a 736MB download, and with it comes a glimpse of some upcoming features, changes, and improvements that Google is currently working on for the final release.
One of the improvements involves the Quick Settings panel. When the Preview 1 build arrived, it moved the music player notification to the Quick Settings panel, alongside controls for other settings. This led to some mixed reactions, as the music player could get pushed to the bottom if there are a bunch of other notifications. 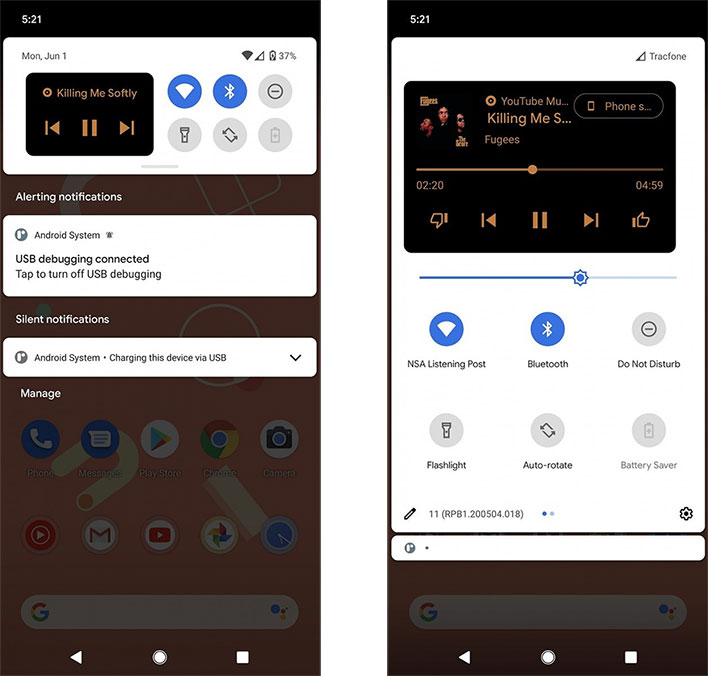 The new Beta 1 release fixes this by adding a second row, with the music player on one side and various other toggles on the other side. This is not enabled by default, but is at least an option with the Beta 1 release.
Some other notable changes and additions include...
Other features are in development and partially completed in the Beta 1 release. For example, Google offered up a new screenshot preview in the Preview 1 build that suggested there would be support for scrolling screenshots. It's still not available in the Beta 1 build, but is something Google is working on.
It also looks like Google will allow users to customize the Clock in Android 11. There is a new "Clock" settings option found by navigating to Settings > Styles and Wallpapers, though for the time being, the default (and only) option is or the lock screen. This will probably change by the time the final version of Android 11 ships to the public at large.
Barring a delay, Android 11 will roll out in finalized form in the third quarter of this year, and possibly early September (Android 10 arrived on September 3, 2019).