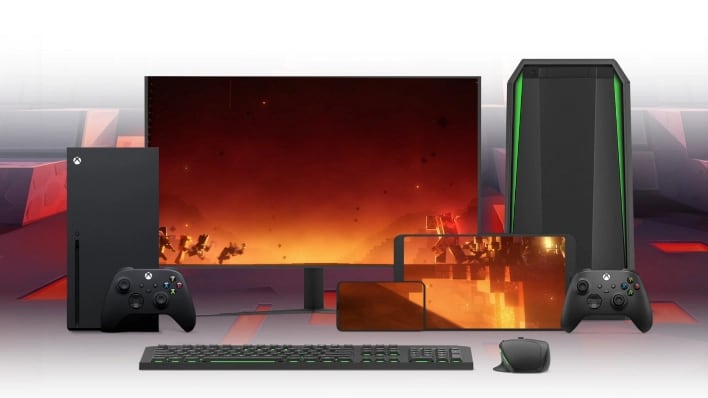 Microsoft is really going all-in with game streaming for its Xbox platform. While gamers can go out and buy previous- or current-generation hardware like the Xbox One X or the Xbox Series X, Microsoft also gives you the option to stream games on mobile devices using Project xCloud (which is now part of Xbox Game Pass Ultimate).

Xbox Chief Phil Spencer recently gave an interview with The Verge and covered a wide number of topics regarding Xbox in general and the new Xbox Series S and Xbox Series X consoles. However, it's no surprise that Microsoft wants to get Xbox games into the hands of more people, across a variety of platforms. To further that goal, it looks as though the company might just be working on an Xbox app that would find its way to your Smart TV.

When asked about the prospects of an Xbox app sitting beside Netflix, Disney+ and Hulu on your Smart TV interface, Spencer said, "I think you're going to see that in the next 12 months." Expounding further, he continued, stating, "I don’t think anything is going to stop us from doing that.”

A big screen TV in a living room is often the centerpiece for console gamers; but it also serves as your home theater for watching movies and TV shows. For those that might be considered more casual gamers and don't want to pony up $300 for an Xbox Series S or $500 for an Xbox Series X to play next-gen games, perhaps going the Smart TV app route would be a compelling option.

"Is it really a TV anymore or is it just the form and function of the devices that we used to have around our TV, consolidated into the one big screen that I’m looking at," Spencer asked rhetorically.

Spencer made such overtures in the past, most recently in late October. “I think you’re going to see lower-priced hardware as part of our ecosystem when you think about streaming sticks and other things that somebody might want to just go plug into their TV and go play via xCloud," he explained at the time. “You could imagine us even having something that we just included in the Game Pass subscription that gave you an ability to stream xCloud games to your TV and buying the controller.”

It's definitely an intriguing concept, and shows how Microsoft is looking to differentiate in the gaming space from rival Sony.