It Won't Run Warzone, But AMD's Ryzen Zen 4 iGPU Can Power These Games With Ease

As we covered in our review of AMD's Ryzen 7000-series processors, the new Zen 4-based chips have integrated graphics! That means no more having to grab an old clunker off the rack just to have working display connections. However, if you have read our review, you'll know that the performance of the integrated GPU is, well—let's say "uninspiring." 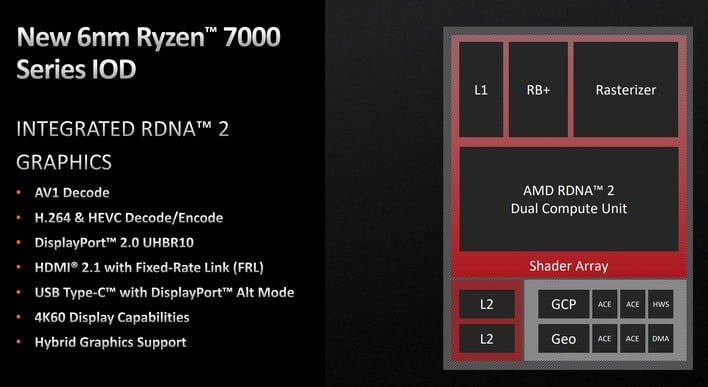 AMD specifically said that the integrated GPU is not for games, but simply for basic display support. It's based on the integrated graphics in the company's "Rembrandt" processors that make up the Ryzen 6000 mobile series, so it includes all the fancy features from that family, like AV1 video decode (not encode), HDMI 2.1 FRL support, and DisplayPort 2.0 support. It also could allow Zen 4 CPUs to support displays over Thunderbolt without needing awkward loopback connectors.

The specifications on the integrated GPU are exactly as meager as you'd expect from something only meant to enable basic display support. We're looking at the smallest functional unit of RDNA 2 possible: a single Workgroup Processor (WGP), similar to a pair of GCN Compute Units—one-quarter of that available to the Steam Deck. GPU-Z reports that the chip has four ROPs and eight TMUs, which is a quarter of the raster resources available to the Nintendo Switch, and half of that on the Steam Deck. 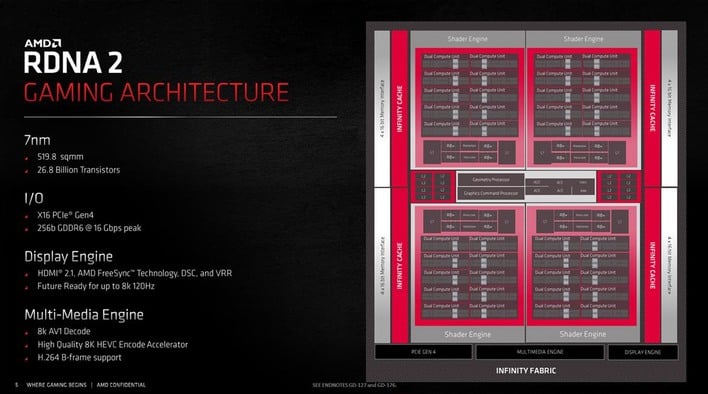 Raphael's GPU is just one of those tiny little grey blocks.


The tiny GPU can make up some of the hardware deficit with its high 2200 MHz clock rate, but we're still looking at pretty limited graphics performance. At least, "pretty limited" compared to other modern graphics processors. To put things in perspective, this integrated GPU has similar theoretical raster graphics performance to a Radeon HD 4850, HD 5670, or HD 7730. It's not far off of an R7 250. Sure, these are older and lower-end GPUs, but they played games just fine when they were new.

Raphael's integrated GPU is certainly brand-new, and you certainly can play some games on it, too. To be clear, even though it's based on the same RDNA 2 architecture as AMD's extant Radeon RX 6000 series GPUs, and though it supports the same DirectX 12_2 feature level, this GPU is not really up to the task of playing the latest and greatest AAA 3D titles, not even at low settings. It's just not powerful enough for titles like Watch Dogs: Legion or Call of Duty: Modern Warfare II. That doesn't mean it can't play games, though.

After all, we're PC gamers. We don't give up the previous generation of titles just because the next generation is out. Beloved older series like Unreal Tournament and Quake, Counter-Strike, Starcraft, The Elder Scrolls (including Skyrim), and thousands of other classic PC games should all run flawlessly on this integrated GPU. Likewise for tens of thousands of classic video games playable via emulators, of course—games from the 5th, 6th, and even 7th generation of game consoles should pose no problem thanks to the iGPU's modern driver support.

You don't have to restrict yourself to just older titles, though. Even current, modern games can be playable—as long as they're not too demanding. Indie darling Cult of the Lamb should run just fine on the little GPU, as should free "Survivors-like" fangame Holocure (to say nothing of Vampire Survivors itself.) The GPU should handle just about any 2D game, like 30XX, Unsighted, TMNT: Shredder's Revenge, and other titles released this year.

If you're careful, 3D games are a go, too. Thanks to AMD's driver updates this year, Minecraft Java should run just fine on the Ryzen 7000 family's integrated GPU. Other 3D games with playable performance include recent hit Neon White, the just-released FPS title Prodeus, and multiplayer Rogue-like Risk of Rain 2. Heck, we even tested Fortnite just see if it would work. Spoiler: it does. 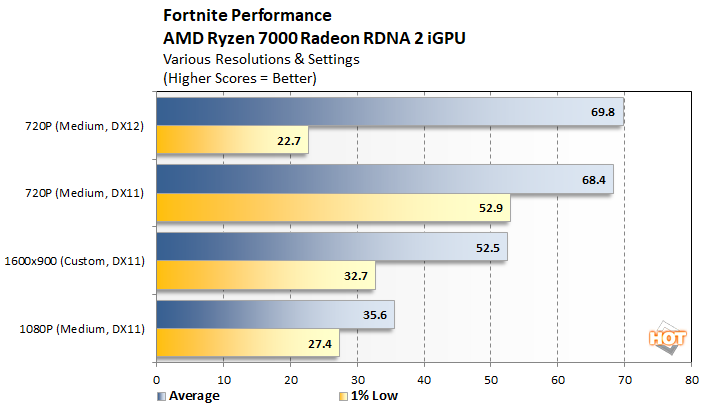 We tested the game at a variety of settings, starting with 1080p on the Medium preset. While some folks call a 30 FPS average "playable," we wouldn't—at least, not in a competitive title like Fortnite. Allowing the game to set its own "Recommended" settings took us down to 1600×900 resolution with a mix of custom settings, but dropping to 720p drastically improved our minimums and made the game ultimately quite playable, although we had to fall back to DirectX 11 as the DirectX 12 mode had considerably worse 1% lows that presented themselves as visible hitching. 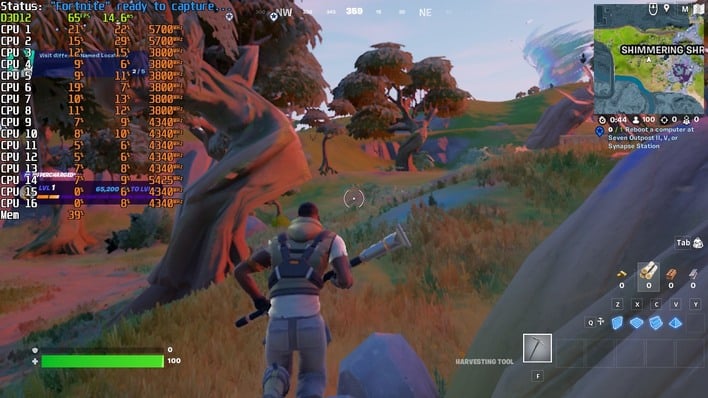 Would we recommend someone to play Fortnite Battle Royale on these integrated graphics? Absolutely not. It's not a great experience, and as we've just discussed, there are tens of thousands of games that are great experiences even on a graphics processor of this caliber. It's an interesting experiment, though, and it demonstrates how far AMD's graphics technology has come when a GPU this diminutive can handle a fairly intense 3D game. AMD's promising a 50% improvement in performance-per-watt with its next-generation parts, which could have fascinating implications for the low end of the market.