AMD's Radeon RX 6900 XT Launches Tomorrow, But Grabbing One Will Likely Be Near-Impossible

As we come near the close of 2020, we have one final major graphics card release for gaming enthusiast. Last month saw the release of both the AMD Radeon RX 6800 and the Radeon RX 6800 XT, which are largely targeted at the NVIDIA GeForce RTX 3070 and GeForce RTX 3080 respectively. The flagship of AMD's "Big Navi" family, however, will be released tomorrow, December 8th.

The Radeon RX 6900 XT will be going toe-to-toe with NVIDIA's GeForce RTX 3090, and brings some impressive specs along with it. The GPU features a total of 80 compute units, with Game and Boost clocks of 2,015MHz and 2,250MHz respectively. Boards have a total of 16GB of GDDR6 memory onboard backed by a 256-bit memory bus.

Perhaps the most critical aspect of the Radeon RX 6900 XT is its price tag of $999, which undercuts the rival GeForce RTX 3090 by a whopping $500. If AMD is able to deliver on its performance promises at that price point (which is just $100 more than the GeForce RTX 3080), the company is going to have a hit on its hands. That also means that scalpers armed with inventory-sapping bots are going to be out in full force tomorrow morning.

It's expected that the Radeon RX 6900 XT will go on sale around 9am EST tomorrow, which means that if you want to get your hands on the card, you're going to have to be quick on the draw, and rely a bit of dumb luck. Both the Radeon RX 6800 and Radeon RX 6800 XT that launched before it saw their initial allotments sell out within minutes. We'd imagine that both of those lesser cards are produced in far greater quantities than the flagship Radeon RX 6900 XT, so the odds of you of getting one tomorrow are going to be even worse. 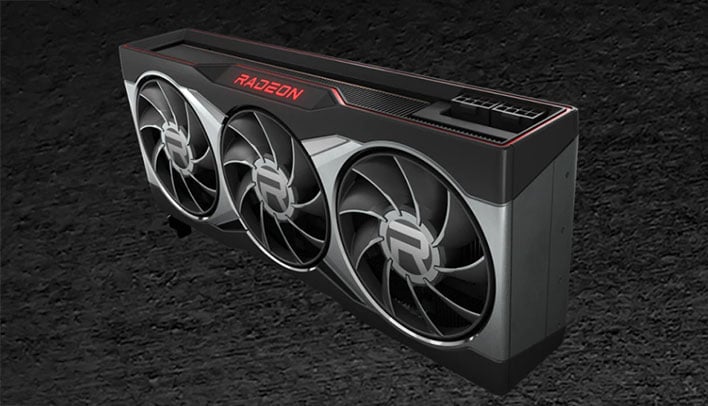 Just how rare will the Radeon RX 6900 XT be? Well, Swedish retailer Digitec posted a blog last week saying that its initially supply will be extremely limited. In fact, it will have less than a dozen cards on-hand.

Today, December 4th, we learned that we will be receiving 35 AMD RX 6900 XTs in a reference design. Delivery dates are currently still unknown. Just as with the AMD Radeon 6800, there won't be enough cards to go around.

Given that it can't reasonably and fairly distribute 35 cards given what will likely be immense demand, the retailer is going with a lottery system to distribute them to customers:

The participate button will be active for 24 hours. More precisely from 8 December at 3 pm to the 9 December at 3 pm. Within this time frame, you can participate whenever. You'll be contacted by us within one week by e-mail whether you've won or not. Any raffle winners will have to confirm their final purchase by e-mail to us. We'll record your order, and bam, it'll appear in your customer account.

We’ll keep you updated as listings for the Radeon RX 6900 XT start popping up tomorrow morning, but go ahead and get your armor on – it’s going to be a wild ride for those that choose to take their chances against the bots.