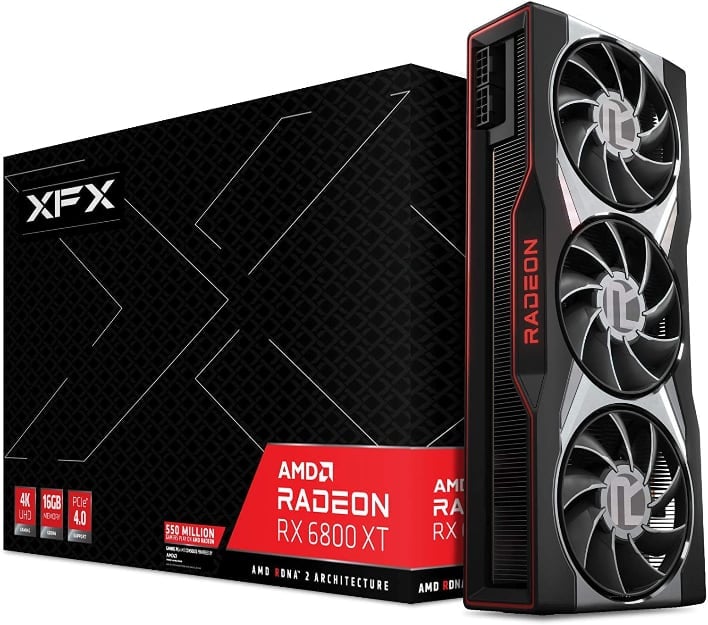 We're beginning to sound like a broken record here, but it looks as though yet another PC hardware launch is going to be marred by poor availability. We've seen it with the NVIDIA GeForce RTX 30 Series and AMD Ryzen 5000 Series, and now the same thing is about to happen with the Radeon RX 6800 Series, which launches today.

In a community discussion post, Micro Center admin LandShark gave the scoop on availability, and it isn't pretty. While LandShark explained that the retailer would have RX 6000 Series cards from AIB partners like Sapphire and MSI, they provided this warning:

Quantities will be extremely limited at launch; however, we're expecting additional shipments of GPUs later on launch day and subsequent days. Please note that quantities and shipments vary by store.

To make matters worse (or perhaps better depending on how you look at it), Micro Center is not allowing for online sales of the Radeon RX 6800 or Radeon RX 6800 XT. That means that you can place an order to have it shipped to your house (even if you're in a Microcenter district), and you can't even place an order for in-store pickup. That at least cuts down on the bots, but it also means that you have to show up in person to score a card. As for quantity limits, LandShark stated the following:

We will be limiting purchases at this time to one per household. With limited availability, we want all of our customers to have a chance to be a part of this new product release.

If all of this sounds familiar, it's because it was a similar slog with the NVIDIA GeForce RTX 30 Series launch at Micro Center. LandShark continued, adding, "For the NVIDIA launch some of our stores didn't get more than 10 cards if I recall correctly."

We’ve been hearing similar stories from other retailers and board partners about limited [initial] stock, so we’ll be more interested in hearing how quickly AMD is able to ramp up production to meet what will likely be voracious demand. With that being said, here's where you can buy the cards (if you can find them in stock)