We will know in short order if, as numerous leaks have suggested, Intel's Alder Lake is the new belle of the ball. Fortunately for AMD, the company is in a good place these days, and has no plans of exiting the CPU dance. To the contrary, it will be rolling out refreshed Zen 3 chips early next year, followed by its Zen 4 lineup later in 2022. As it pertains to the latter, we might already know some details about the architecture's cache makeup.
Well, part of the cache makeup, anyway. You may recall that Gigabyte fell prey to a ransomware attack earlier this year. The culprit(s) subsequently published a treasure trove of internal documents containing confidential data from the likes of AMD, Intel, American Megatrends, and so forth. Some of the documents highlighted bits about Zen 4. 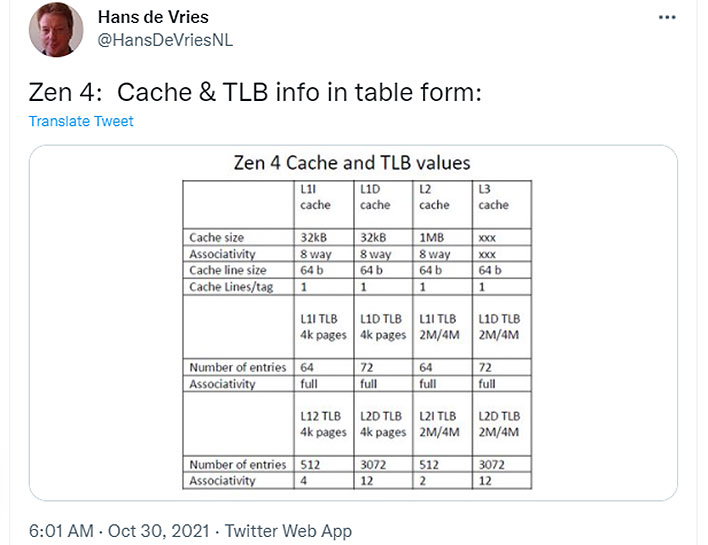 While largely overlooked (in part because of the sheer amount of data in total), tech consultant Hans de Vries recently called attention to Zen 4's cache details by posting the pertinent documents on Twitter.
Whether the data is accurate and/or representative of finalized design specifications, there is no way of knowing. As it stands, however, the documents indicate Zen 4 will feature 32KB of 8-way associative L1 cache and 1MB of 8-way associative L2 cache. The amount of L3 cache is not outlined in the document.
In essence, if the documents are correct, Zen 4 will feature twice the amount of L2 cache as Zen 3. Alder Lake, meanwhile, is configured with 1.25MB of L2 cache per Golden Cove core (high performance) and 2MB per Gracemont core (power efficient). 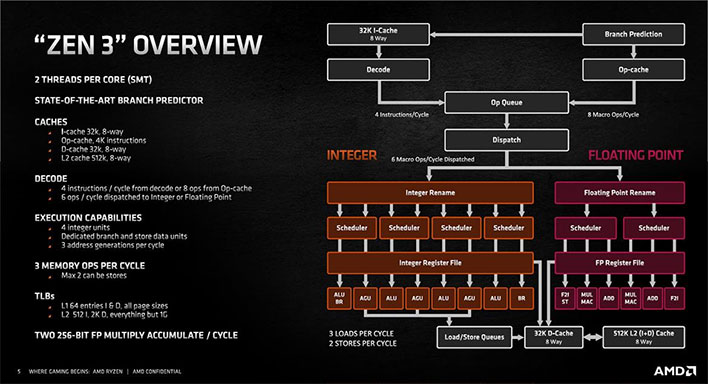 Those are two very distinct architectures (well, three actually, with Alder Lake having two types of cores underneath the hood), and there is a lot more at play than just the amount of cache. L1 and L2 cache play important roles in branch prediction. Cache also plays an important role in the IPC (instructions per clock) performance, a designation that typically hogs the spotlight when evaluating CPU architectures.
Without taking a deep dive into the different types and functions of CPU cache, the documents hint at bigger load and store capabilities, presumably with improved prefetching and prediction.
It will also be interesting to see if Zen 4 sports stacked 3D V-cache out of the gate. This is what AMD is adding to its Zen 3 lineup in the near future, with the promise of a 15 percent performance boost in certain workloads (and namely gaming). That kind of performance gain, while perhaps limited in scope, is on par with a generational leap in architectures.
One thing is for sure, 2022 is going to be an interesting year as AMD and Intel duke it out.