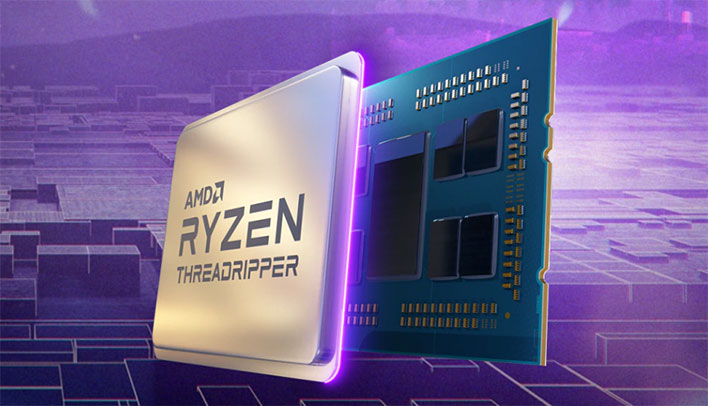 Another work week is upon us, and if you are looking for a way to kick things into high gear, you might as well crank up the heavy metal. We can help with that, in a roundabout sort of way. No, we do no have a gnarly playlist to share, but we can direct your attention to a benchmark database showcasing AMD's Ryzen Threadripper 3990X processor, which is the tech equivalent of heavy metal.
As you may already know, the Threadripper 3990X is a beastly chip. Popping open the hood reveals 64 physical cores and 128 threads of high-end desktop (HEDT) muscle, with a 2.9GHz base clock, 4.3GHz boost clock, and 256MB of L3 cache (along with 32MB of L2 cache and 4MB of L1 cache). It all comes wrapped in a high-octane 280W package.
AMD announced the Threadripper 3990X at CES 2020. It is not out yet, but when it arrives to retail, it will take its place at the top of the totem pole. As to how it performs, the folks at Overclockers.ru spotted the chip sitting pretty in a SiSoftware SANDRA database entry. Have a look... 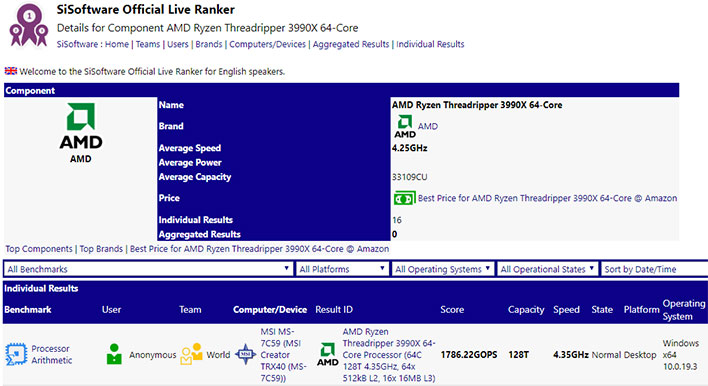