However, that leaves a hole in the lineup, because the currently available (and announced) SKUs include:

That leaves room in the lineup for one more processor: a Ryzen Threadripper 3980X with 48 cores and 96 threads. This would completely fill out the lineup, giving AMD a top-to-bottom HEDT family that will offer even more stiff competition for Intel's competing family of products. 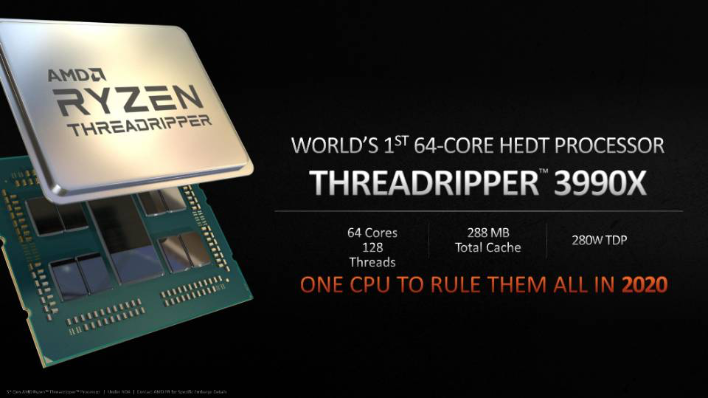 "Confirmation" of this new processor comes courtesy of support code found within CPU-Z v1.91. This code doesn't necessarily represent concrete proof that AMD will release this particular processor, but it makes complete sense considering the other members of the family.

There is no set timetable for AMD to release the either the Threadripper 3980X and Ryzen Threadripper 3990X, but we hope to hear additional details next week at CES 2020 in Las Vegas.