AMD Teases AM5 Motherboards For Zen 4 From ASUS, Gigabyte, MSI And Others

AMD has prepared a warm-up event ahead of the impending Ryzen 7000 series processor launch. On Friday, August 5, it will be getting together with its most important manufacturing partners to showcase a wide range of AM5 motherboards. The hour long-event should be entertaining enough as top-end reps from ASUS, Gigabyte, MSI, and others duke it out to boast how their new motherboards are the best. 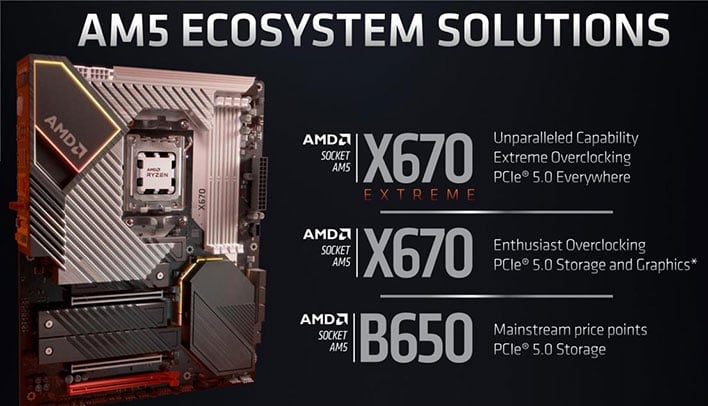 The event, in just 10-days time, is dubbed an AMD Meet the Experts session. Officially, it is for showcasing new AM5 motherboards from all the most important brands. However, we reckon the presenters will be somewhat restricted in revealing features that would divulge too much Ryzen 7000 CPU information, ahead of the official launch of AMD’s highly anticipated Zen 4 architecture processors.
Official topics covered include the following:
Most of the sales / brand / product managers with a spot at the event are PC DIY and hardware enthusiasts, so there should be some entertainment value as they talk-up their brands’ latest motherboards and their capabilities. We have seen such events before, and due to enthusiasm or sometimes a misplaced slide, presenters or their materials can accidentally leak a bit more information than they should—so stay tuned for resulting coverage on Friday or Saturday. 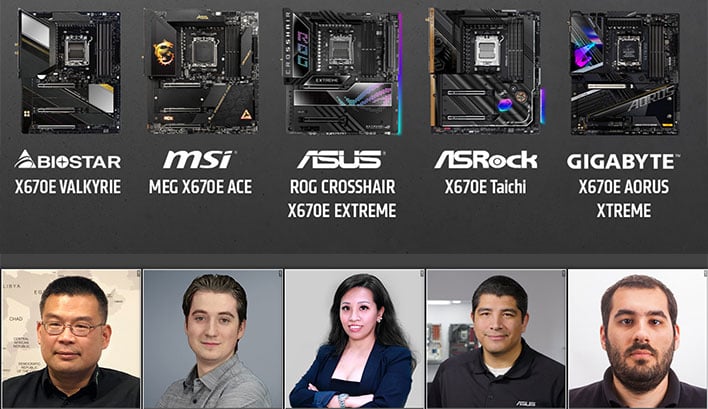 You can register for the AMD AM5 motherboard showcase here.
We have covered several important AMD Ryzen 7000 and AM5 stories earlier in the year. In May, we had a friendly chat with AMD technical marketing director Robert Hallock, followed shortly by our analysis of AMD’s AM5 motherboard strategy. More recently, we have seen the alleged lineup of top-end Zen 4 CPUs on their way, including a flagship Ryzen 9 7950X.

Tags:  Motherboard, (nasdaq:amd), am5, ryzen-7000, zen4
Show comments blog comments powered by Disqus
Follow Us:
What Are You Playing Now?