Earlier this year, we got our first glimpse at the upcoming Ryzen 7 5700G APU. AMD's APUs are typically found in OEM systems, and are sought after because they include integrated graphics (something that mainline Ryzen processors do not include). Now, the Ryzen 7 5700G is showing up in an unlikely place: eBay.

That's right; AMD hasn't even announced its Ryzen 5000G APUs yet, but some engineering samples have found their way to the popular online marketplace. Seller hugohk, who is located in Hong Kong, apparently had 9 of these processors available for sale, and has one left at the moment. 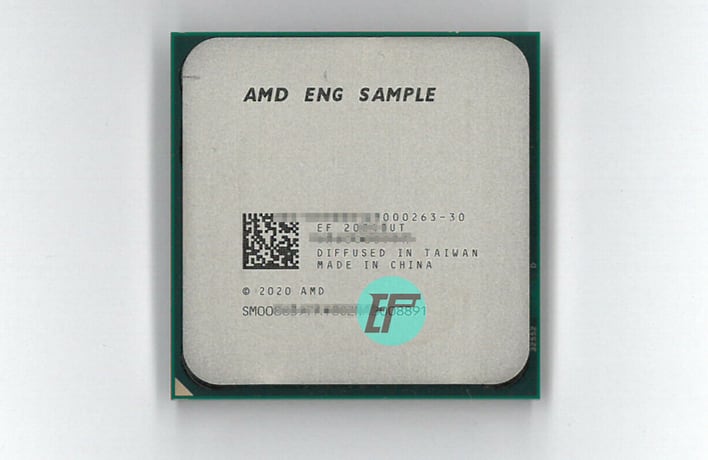 When the seller initially created the eBay listing (via harukaze5719), they didn't have access to any graphics drivers for the integrated GPU, which is to be expected given that it is an engineering sample that was obtained through unofficial channels. However, a recent update to the auction shows that a beta graphics driver is now available to enable the onboard GPU. 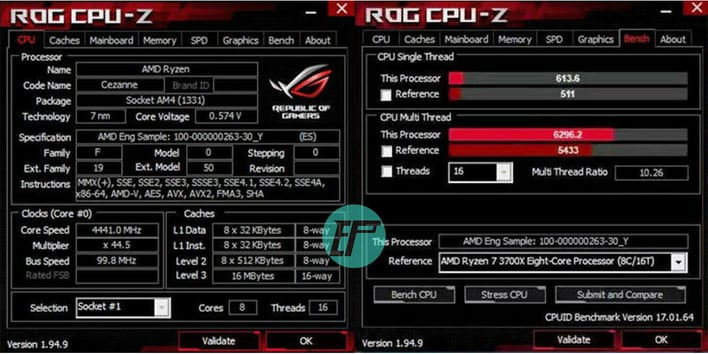 Speaking of the GPU, AMD is still using Vega architecture with its Zen 3 APUs, which might be disappointing for those that were expecting a switch to newer (and more powerful) Navi architecture. Perhaps we'll have to wait until Zen 4, when AMD makes the rumored move to TSMC's 5nm process node, to see a shift to Navi.

It's also noted that the engineering sample is currently functional on current-generation X570 and B550 motherboards. The seller warns if you're using an X470 or B450 motherboard that you should probably not bother purchasing the chip. And we should add that the processor is priced at $499, but it remains to be seen if AMD will even be offering its upcoming Ryzen 5000G processors to the general public.

Speaking of availability, the Zen 2-based Ryzen 4000G family launched in late July 2020. If AMD sticks to the same timetable, we'll still have a few more months before these chips will start rolling out in desktops from the usual suspects like Hewlett-Packard and Lenovo.