The wait is on for AMD to refresh its desktop APU (accelerated processing unit) lineup. Or as AMD likes to say these days, "Ryzen Processors with Radeon Vega Graphics," because apparently "APU" is out of style. Call it whatever you want, a new leak just highlighted what looks to be the entire stack of AMD's next generation desktop chips with integrated graphics.
What these chips consist of are the latest generation Zen 2 CPU cores built on a 7-nanometer manufacturing process, paired with upgraded Vega graphics. Well, we assume AMD will stick with Vega for another round, because that is what the company used for its mobile "Renoir" APUs (or "Ryzen Mobile Processors with Radeon Graphics").
We have seen various benchmarking leaks related to AMD's desktop Renoir chips, but what we have  today is a little different. Igor Wallossek at Igor's Lab received a full list of the upcoming hardware from an unnamed source, which details core counts, thread counts, and both CPU and GPU clockspeeds for nearly two dozen processors (22 models, to be precise).
"To be fair, I have to preface this with the fact that it is a pure feature list of engineering samples, but their revision has progressed far enough to already draw direct conclusions on the final specs. Because really much will not change, if at all," Wallossek points out.
Here's a look... 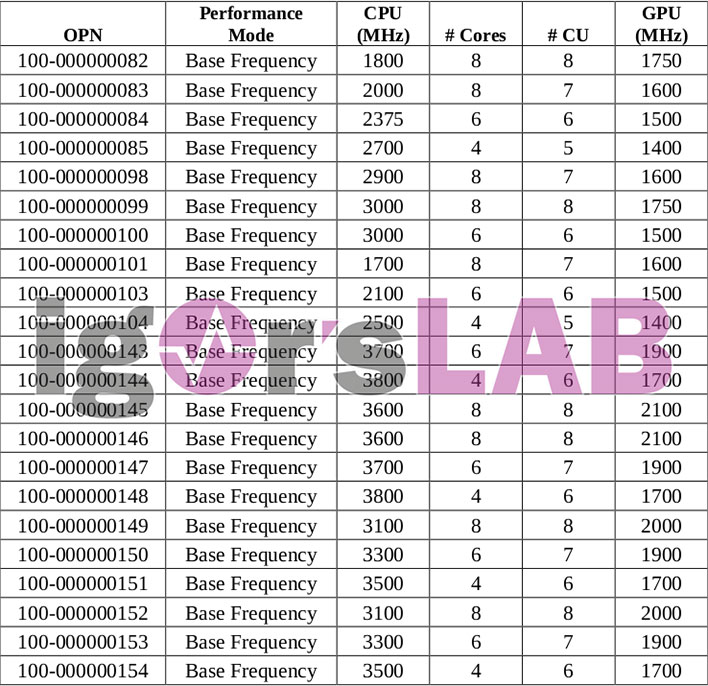 Almost half of the chips rock 8 Zen 2 CPU cores, with the rest split between 6-core and 4-core models. As for speeds, this chart only gives us a look at the base clocks and not the boost frequencies, which range from 1.8GHz on the low end all the way up to 3.8GHz on the high end.
On the GPU side, these desktop parts carry between 4 and 8 compute units, clocked at 1.5GHz to 2GHz, depending on the model.
There are a handful of other charts that provide more details... 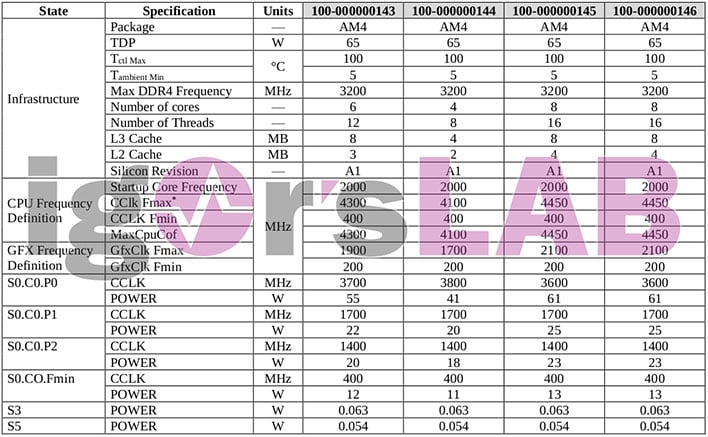 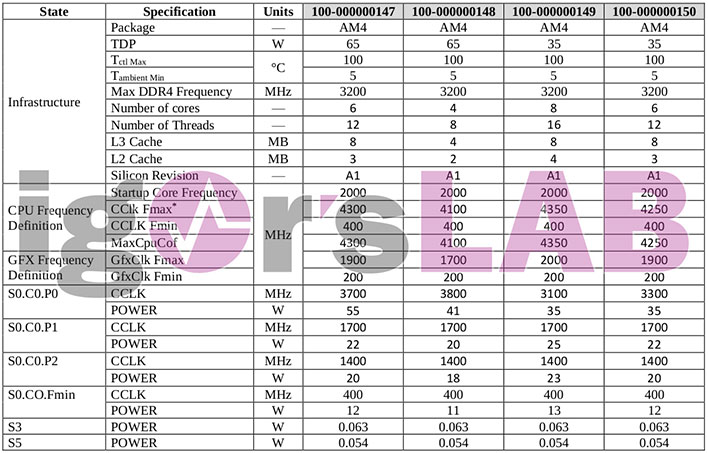 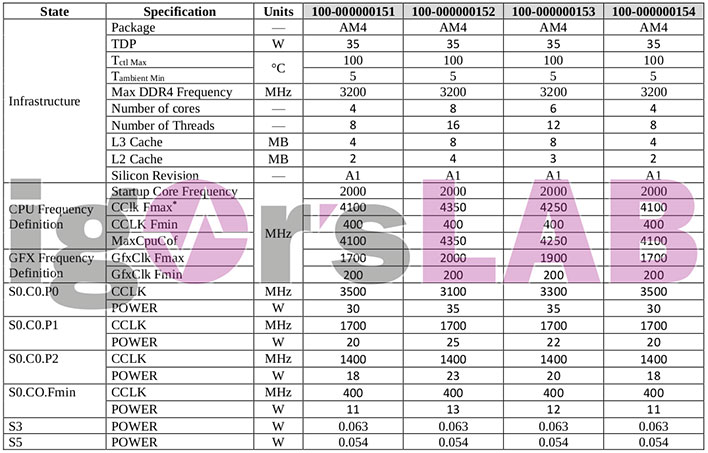 Here we get a look at the power envelopes, as well as thread counts, boost frequencies, and a few other nuggets. Of particular interest is the 8-core/16-thread chip at 65W. It features a 3.2GHz base clock and 4.45GHz boost clock, presumably with 8 CUs running at up to 2GHz.
With each Vega CU featuring 64 shaders, we're looking at between 384 and 512 shaders on the integrated graphics. Sure, a discrete graphics card will still be the way to go for serious gaming, but there looks to be some respectable GPU firepower in this lineup.
We'll have to wait and see how pricing shakes out.
Charts Source: Igor's Lab