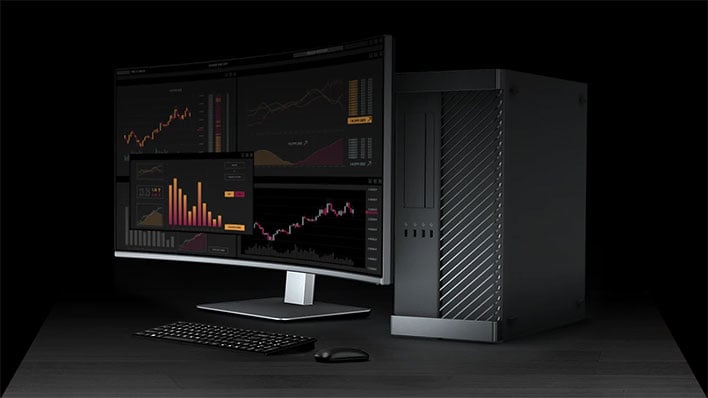 The Zen 2 CPU architecture has been kind to AMD, and to customers as well, who have many options in the Zen 2 space. That includes the launch of refreshed "XT" processors that will go on sale in July: Ryzen 9 3900XT, Ryzen 7 3800XT, and Ryzen 5 3600XT. Those are not the only new Zen 2 parts bound for the desktop. While not yet announced, AMD is expected to roll out updated desktop APUs, including several Pro models that are the subject of the latest leak.
At this moment in time, AMD's lineup of Pro desktop APUs still do not advance past AMD's previous generation Zen+ architecture. However, there have been several leaks and rumors pointing to upcoming Ryzen 4000G APUs, which are essentially desktop versions of Renoir, the codename for AMD's Ryzen 4000 mobile series.
Various leaks are all we have to go on for the time being. And as it pertains to that, Twitter user APISAK dug up some interesting 3DMark database entries highlighting three new SKUs: Ryzen 7 Pro 4750G, Ryzen 5 Pro 4650G, and Ryzen 3 Pro 4350G.
The obvious question here, as posed by someone who commented on the Twitter thread, is how do these new xx50 models differ from the xx00 models? For example, what is the difference between the Ryzen 7 Pro 4750G/GE and Ryzen 7 4700G/GE? Perhaps nothing. Another prominent leaker (@_rogame) chimed in and said, "It seems there has been a last minute naming change."
This is based in part on the discovery of another listing for the Ryzen 7 Pro 4750G running at stock clocks. Here is what we are looking at for all three APUs, along with the three lower power GE variants...
If this information is correct, it means there will not be a Ryzen 7 Pro 4700G/GE, Ryzen 5 Pro 4400G/GE, or Ryzen 3 Pro 4200G/GE, as those SKUs would be replaced (in name) by the above models. The specifications, however, appear unchanged.
We will have to wait and see if that is actually the case. Likewise, it remains to be seen what is to become of the non-Pro SKUs. Just a few weeks ago, a leaked Ryzen 7 4700G smiled for the camera, suggesting that a name change is not in the cards for the non-Pro family.