There is plenty of smoke surrounding a batch of upcoming processors based on AMD's current-generation Zen 2 CPU architecture, and where there is this much smoke, you will usually find fire. That's not to say AMD has officially announced a Zen 2 refresh. However, in lieu of an official unveiling, the three rumored Zen 2 CPUs on tap have been spotted on a retail website in France.
Those CPUs are all part of the Ryzen 3000XT series. The "XT" designation separates these from AMD's original Zen 2 lineup, as do the specifications. To be clear, these are not next-generation parts—they are still based on Zen 2, but with slightly beefier specifications compared to their regular "X" counterparts, presumably to counter Intel's recent Comet Lake-S launch.

So, what are we looking at? Well, Twitter user @NotDjey (via Videocardz) spotted the listings on Materiel.net, which posted the model names, specifications, and pricing. 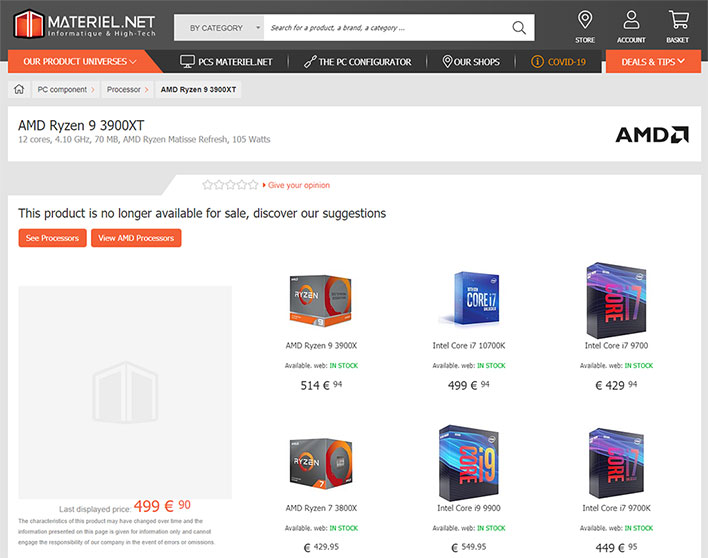