AMD provided some tantalizing benchmark results for its Radeon RX 6000 series during its launch event, though we have been around long enough to know that internal testing does not always tell the whole story. So, how do AMD's next-gen graphics card actually perform? The reviews will tell the final story. As a prelude, however, there are some leaked benchmark scores on Geekbench.
Before we go any further, the same disclaimer applies—leaked benchmarks do not always tell the whole story, and sometimes can be grossly inaccurate. There are just too many variables involved, and that is assuming the hardware listed is what it says it is. So there is your spoonful of salt. Now, let's get to the numbers, shall we? 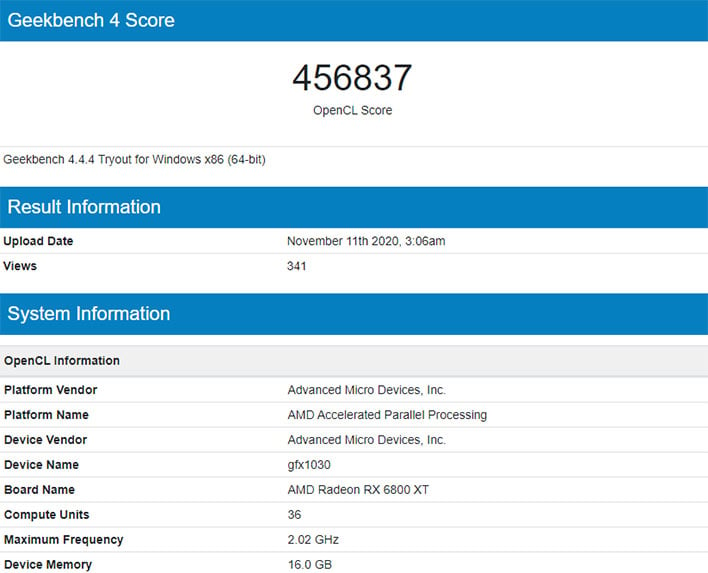