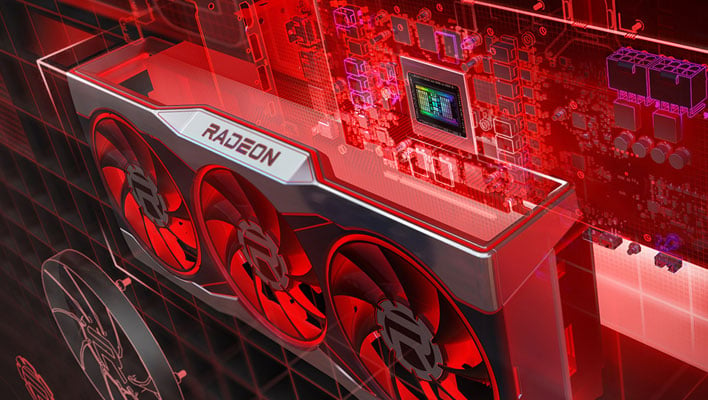 AMD and NVIDIA both came out of the next-gen GPU gate with their respective guns blazing, as is typical when launching a new round of graphics cards—they both tend to show off their best stuff first, then release more affordable models as time goes on. Looking ahead, NVIDIA has confirmed its upcoming GeForce RTX 3060 (non-Ti) will land at retail on February 25. How will AMD counter attack the launch? If the latest rumor is true, it will bring out a Radeon RX 6700 XT card in mid-March.
As of right at this moment, AMD still has just three RDNA 2 cards. They include the Radeon RX 6900 XT, Radeon RX 6800 XT, and Radeon RX 6800. NVIDIA, on the other hand, is about to release to retail its fifth Ampere card to the consumer market. Here's how the combined lineups and pricing (MSRP, not street) stack up...
Not that any of these cards are actually readily available, but ignoring the shortage situation, AMD has some catching up to do, in terms of offering a lineup as varied as NVIDIA's. Well, hang tight...

According to Cowcotland, an unannounced (though inevitable) Radeon RX 6700 XT graphics card will land on March 18. It's not clear if that date marks a supposed announcement or retail launch, but even if it is the former, the latter would not be far behind (presumably, anyway).