Late last night, under the cover of darkness, AMD announced its latest flagship offering for 1080p gaming fanatics: the Radeon RX 6600 XT. Of course, the card wasn't a surprise to the enthusiast community, as it has been rumored for months.

During its announcement, AMD made it clear that it would not produce its own-branded Radeon RX 6600 XT graphics cards and would leave them to its board partners. With this in mind, we've rounded up a selection of third-party cards that will be available starting August 11th from some of the most popular names in the add-on board market.

ASUS has three Radeon RX 6600 XT models in the pipeline, including a vanilla SKU along with ROG Strix and Dual-branded cards. The Dual, as its name implies, features a rather basic design with dual cooling fans. It has black and silver accents. The ROG Strix is the overachiever of the family with a slightly more expressive design, a large base plate, and four heat pipes for the heatsink.

The dual fans feature an Axial-Tech design, and you'll find Dual BIOS capabilities. When your system is idle, a 0 dB mode stops the fans to reduce the clatter in your room or office. Finally, this wouldn't be an upper-tier graphics card without RGB lighting.

Gigabyte has a vast family of Radeon RX 6600 XT graphics cards, as we have learned over the past few weeks via various leaks. In addition, the company is releasing Gaming, Gaming Pro Gaming OC, Gaming OC Pro, and Eagle 8G variants to cater to the broadest range for 1080p gamers. 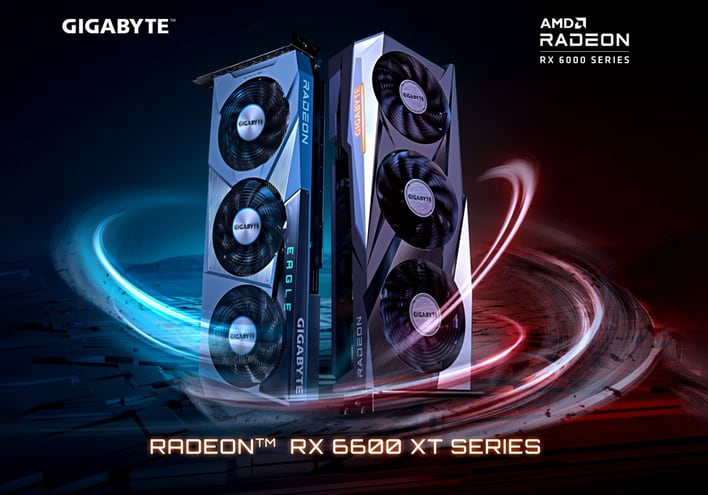 The Eagle OC also incorporates WindForce 3X technology along with 3D active fans and graphene nano lubricant for optimum heat dissipation. Like the Gaming OC cards, it features a metal backplate for added strength and a multi-phase power supply for load balancing the MOSFETs.

MSI is entering the Radeon RX 6600 XT fray with its Gaming X and Mech 2X families. The Gaming X is a dual-fan card using Torx Fan 4.0 technology and a Twin Froze 8 cooling system. Precision-machined heat pipes and a metal backplate are also part of the equation.

Last but not least, PowerColor has both Red Devil and Hellhound cards inbound for gamers. These are the first two graphics cards in the respective series to feature just two cooling fans. Unfortunately, not much else is known about PowerColor's Radeon RX 6600 XT cards at this time. 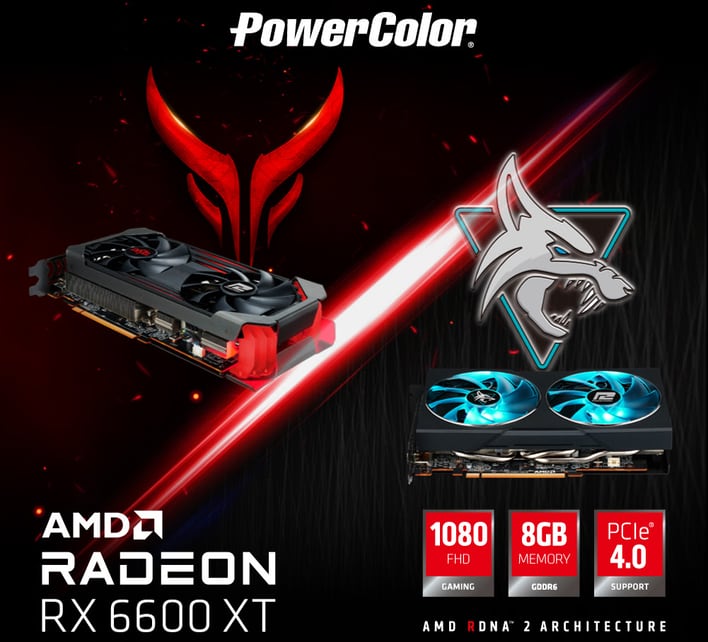 If you haven't noticed, none of the above manufacturers announced clock speeds or prices for their cards. So, unfortunately, we'll probably have to wait closer until the official August 11th launch to get those essential details.