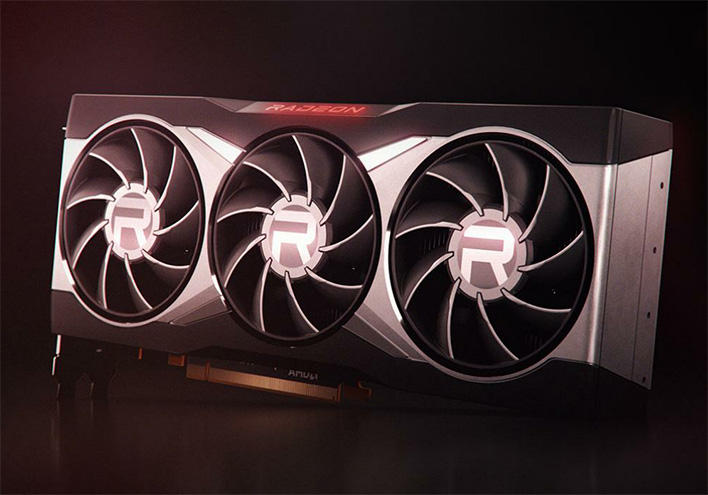 Today is the big day for AMD's RDNA 2 architecture. The company is set to launch its next-generation Radeon RX 6000 Series of graphics cards that will replace the current RDNA-based Ryzen RX 5000 Series.

Needless to say, gamers are eager to see what AMD has in store, and you'll be able to get a [virtual] front row seat to the company's event today to announced the new graphics cards. The event will kick off at 12pm ET, and you can catch it via the YouTube embed below:

Of course, these are leaked benchmarks, and we can't be certain that they are 100% accurate, but these numbers do give us some hope that NVIDIA won't remain unchallenged at the high-end for this generation. There's also a rumor that AMD could have a monster GPU to take on the $1,499 GeForce RTX 3090, and it will be called the Radeon RX 6900 XT. According to leaked reports, this is what kind of specs we should expect:

The good news is that we only have a few more hours before we'll get the full scoop on Big Navi's big performance play. So, don't miss it, and stay tuned for our coverage from the event.