AMD To Miss Q3 Guide By $1.1B On Weak PC Market But Gaming And Data Center Remain Strong

AMD shared a preliminary accounting of its third quarter revenue, which it now projects to be $5.6 billion. That's a $1.1 billion downward adjustment compared to its previous guidance of $6.7 billion (plus or minus $200 million). AMD CEO Dr. Lisa Su attributed the $1.1 billion guidance miss primarily on a "significantly" weakened PC market during the quarter, though it wasn't the only contributing factor.


"The PC market weakened significantly in the quarter. While our product portfolio remains very strong, macroeconomic conditions drove lower than expected PC demand and a significant inventory correction across the PC supply chain," Dr. Lisa Su said in a statement. 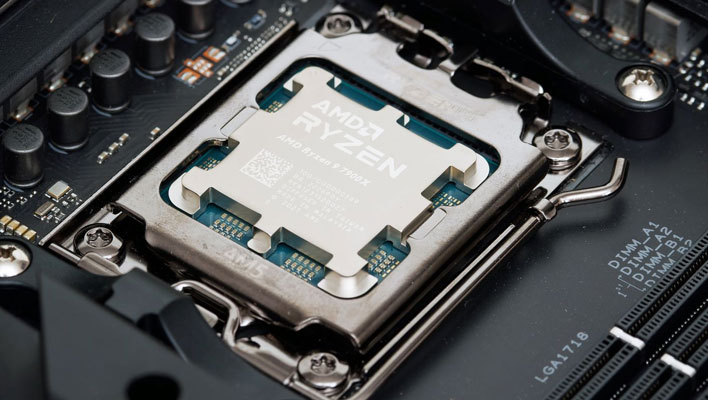 It could also be argued that some people may have been waiting for Zen 4 to arrive before buying a new PC. In that regard, the fourth quarter will be telling now that the Ryzen 7000 series is on store shelves (check out our Ryzen 9 7950X and 7900X review). Of course, the challenge there is that Zen 4 introduces a new socket (AM5) and only works with DDR5, which is pricier than DDR4, so we'll have to wait and see how it all shakes out (in terms of revenue).
Despite the guidance miss, it wasn't all bad news. While AMD is now looking at a 15 percent sequential decline, it's adjusted forecast also amounts to a sizable 29 percent increase compared to last year. Additionally, both its data center and gaming divisions are expected to bring in $1.6 billion each for the quarter, which represents year-over-year gains of 45 percent and 14 percent, respectively.

AMD is also seeing strong growth from its embedded sales—embedded figures to bring in $1.3 billion for the quarter, which is a massive 1,549 percent (yes, four figures) compared to the same quarter a year ago, based on AMD's preliminary 3Q accounting.

"As we navigate the current market conditions, we are pleased with the performance of our Data Center, Embedded, and Gaming segments and the strength of our diversified business model and balance sheet. We remain focused on delivering our leadership product roadmap and look forward to launching our next-generation 5nm data center and graphics products later this quarter," Dr. Su added.
It's also worth noting that in addition to Zen 4, AMD is expected to introduce its Radeon RX 7000 series graphics cards based on RDNA 3 next month. The next-gen architecture is supposed to deliver a 50 percent performance per watt increase over RDNA 2, according to AMD.