The GeForce RTX 4080 is a powerful GPU. In our full review it was able to outpace every card from the previous-generation including the GeForce RTX 3090 Ti, as well as every Radeon ever made. However, AMD has its own new parts on the way, and in its latest marketing materials, it makes direct comparisons against the new Ada Lovelace GPU. 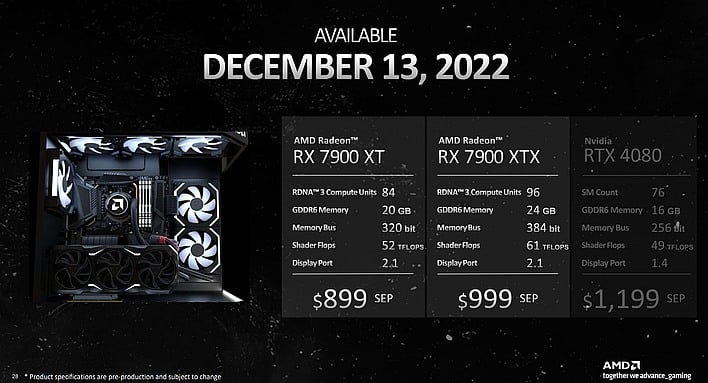 In this slide from AMD, the company directly compares its upcoming Radeon RX 7900 XT and Radeon RX 7900 XTX (both based on the Navi 31 GPU) against the GeForce RTX 4080 across a number of specifications. To be frank, some of this direct numerical comparison doesn't make a lot of sense.

You can't directly compare RDNA 3 compute units against Ada shader modules, for example, and the width of a GPU's memory bus is only part of the equation when it comes to memory performance—even if we're just talking bandwidth. Comparing shader FLOPs also feels silly when these GPUs won't run all the same compute applications.

Still, the memory capacity, DisplayPort revision, and (most importantly) price comparisons are valid. On paper, it looks like AMD's upcoming Radeon cards will at the very least be credible competition for the GeForce RTX 4080. If that's the case, it could make NVIDIA's part look awfully overpriced. 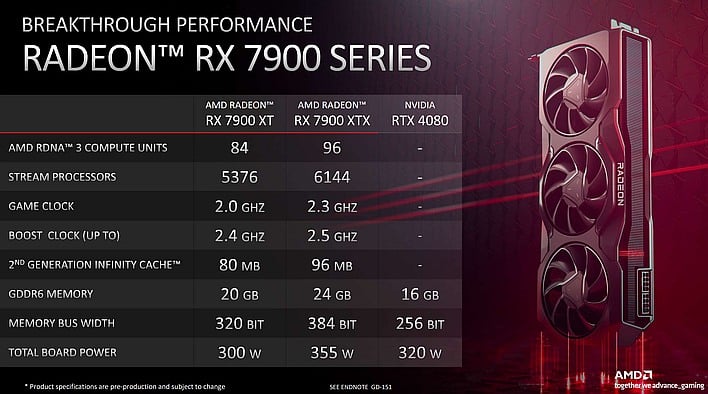 AMD also shared this slide, which makes the same comparison except with board power instead of price. Here, the comparison against the GeForce RTX 4080 isn't the interesting part, but instead the first official listing of clock rates for AMD's upcoming GPUs. The "XTX" part is only 100 MHz faster than the "XT" part in terms of max boost, but the "Game Clock" is considerably higher, likely due to the extra 55W of power budget.


These numbers are pretty low, especially in light of the over-2.8 GHz we saw on the Geforce RTX 4080. AMD has repeatedly stated that the Navi 31 GPU was "engineered for 3 GHz," so it's possible that we'll see partner cards (or perhaps a future "7950" SKU) with much higher clock rates. Perhaps a 3 GHz Navi 31 could even be a credible challenger to the GeForce RTX 4090. 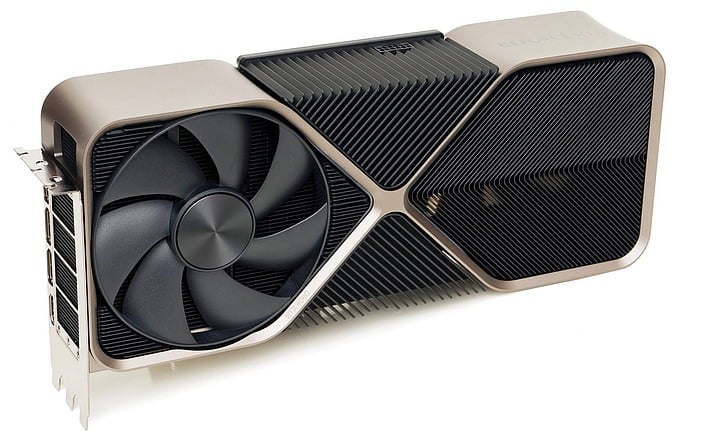 In our review, we found the GeForce RTX 4080 to be an excellently-engineered product, with fantastic performance, low noise, great efficiency, and slick looks. Our only real complaint with it is the price. It's impossible to ignore the fact that NVIDIA increased the price of its "x80"-tier graphics card from $699 to $1199 in a single generation—a 72% increase. Hopefully some price pressure from the red team will force NVIDIA to crank it down a notch.