There are a great many factors that enthusiast gamers consider when selecting a graphics card for a gaming PC. Despite that, speaking from experience helping others with builds for decades, things like feature support, power efficiency, and acoustics often go by the wayside when there's a significant advantage in performance-per-dollar metrics for one brand over another.

AMD would like to claim such an advantage, it seems. The company's Chief Architect of Gaming Solutions and Marketing, Frank Azor, tweeted out the slide below. At each tier of performance, the slide pairs up an AMD Radeon GPU with an NVIDIA GeForce rough equivalent, and then compares them in price/performance ratio as well as performance-per-watt. By its own reckoning, AMD comes out ahead in each tier, but let's take a look at these numbers.


The performance numbers are apparently explained in "Endnote RX-785," but as we don't have the whole slide deck, we don't know what games AMD used for comparison here. At a glance, the listed performance comparisons don't look outside of reality, but we're curious about AMD's test suite because it's hard to tell if it matches up with our own findings. 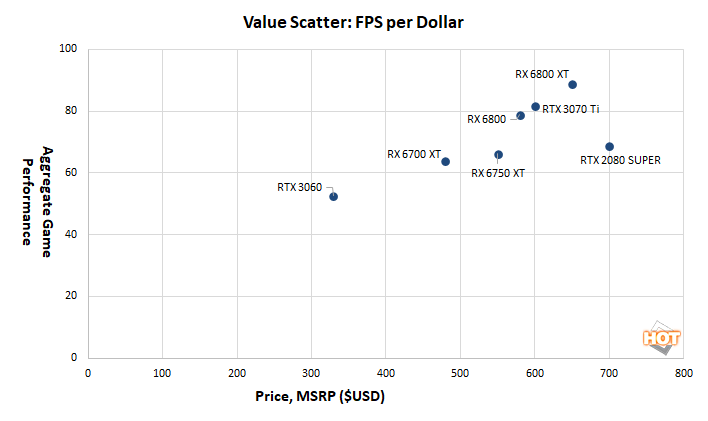 However, our test suite was a bit heavy with ray-tracing enabled games, which AMD was likely keen to avoid in its own testing, given the RDNA 2 architecture's first generation RT engines at play when that feature is employed. AMD would probably say that ray-traced games make up a minority of the market, and that's a fair point, but we also have to consider that they're likely to become more common as time goes on. It's a complicated issue to be sure, but at this point in time, AMD's position can be easily justified. 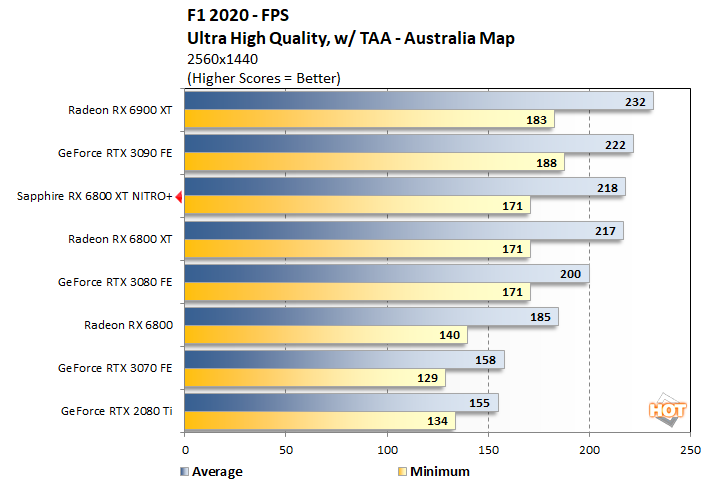 Another aspect of the chart that some may take issue with is the way it presents the information. AMD compares the Radeon RX 6800 XT against the GeForce RTX 3080 and puts the big Navi 21 chip slightly ahead. That's accurate if we're talking about performance at 2560×1440, where the Radeon can rely on its Infinity Cache to maximize performance. 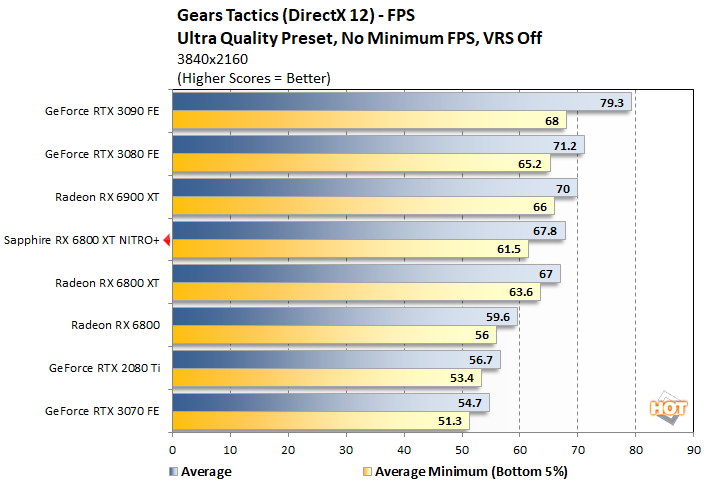 However, the chart specifically puts them in the 4K category, and if we compare at 4K, the aforementioned GeForce card will more often win. That's not to say that the performance numbers are altogether wrong, mind you. Again, they're not unrealistic overall. It just seems like they're not necessarily accurate to what they appear to be representing.

The other half of price/performance ratios are the street prices themselves. The ones listed on AMD's slide, as the slide notes, were the lowest Newegg prices on May 10th. That's not the worst way to come up with a list of street prices, but Newegg is only one vendor of many. It would be better to use a price aggregator like PCPartPicker, which is exactly what we've done in our own version of the slide, below. 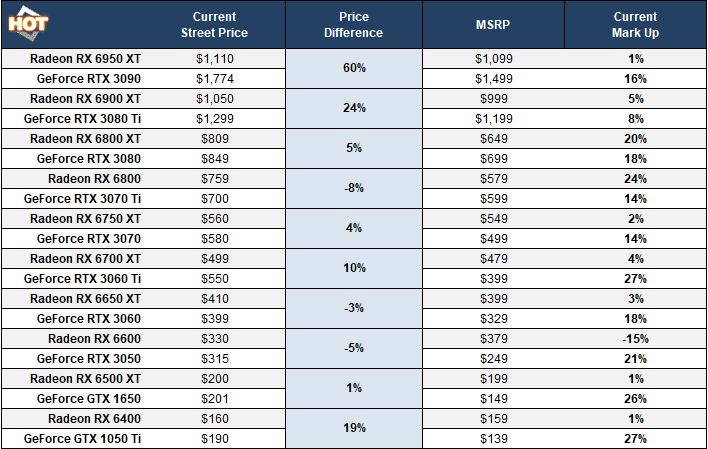 That said, using the best prices from a price aggregator doesn't really change much about AMD's story. Overall you can see that GeForce cards are suffering a higher markup at retail, yet according to Newegg, its best-selling graphics cards are still all GeForces. That may have been what prompted AMD to publish this slide.

So why are GeForces outselling Radeons at retail at this time? It could be due to AMD's weaker ray-tracing performance, or any number of other factors, including supply, miners, marketing -- you name it. However, a simple nuance that holds true is that some game titles simply perform better on either a Radeon RX or GeForce card. You can see this plain as day in our Radeon RX 6750 XT review, where the Radeon RX 6800 handily defeats the RTX 3070 Ti in Red Dead Redemption 2, but gets smoked in Phantasy Star Online 2: New Genesis. The bottom line is the mix of games a gamer plays matters. 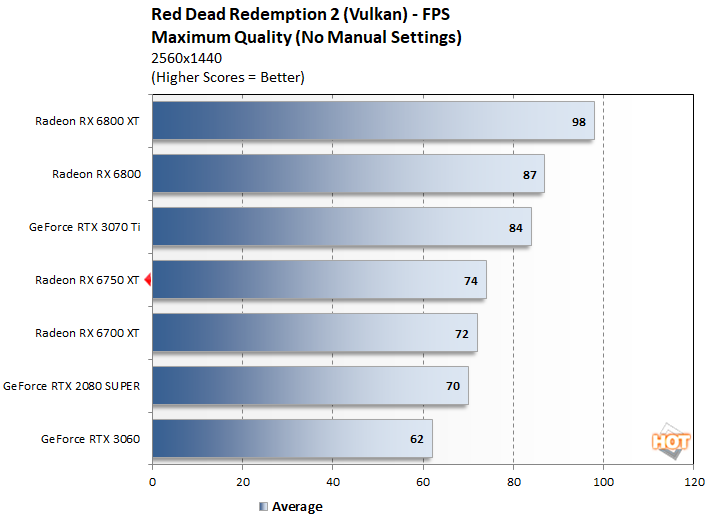 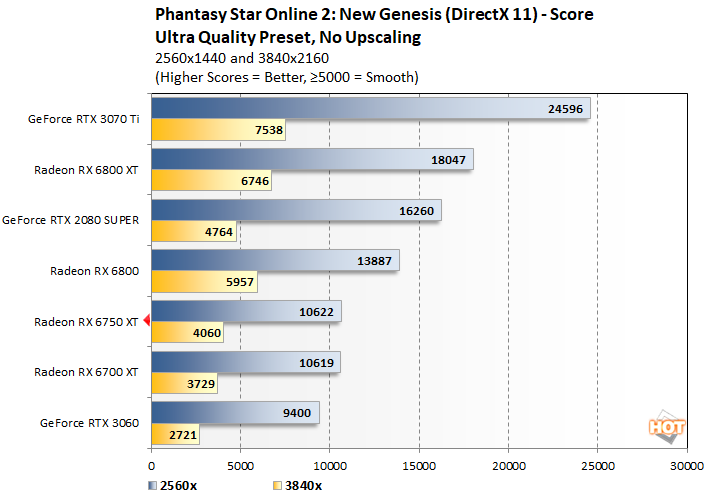 Regardless, if we take AMD's performance comparisons at face value—and once again, they're not unrealistic, depending on the games you play—it does indeed look like Radeons currently offer a generally better value proposition. Even if we apply a healthy dose of skepticism to AMD's results, Radeon RX graphics cards still hold up relatively well in this comparison where supply/demand dynamics are still having an effect on price.

If you like to play games that run well on Radeon cards, it's difficult to argue with the price-performance pitch here. And of course, to know which titles run well on which GPUs, you can consult third-party independent reviews, like ours here at HotHardware.