Remember AMD's mysterious 4700S Desktop Kit we wrote about a few weeks back? Speculation is that it is essentially a repurposed APU that was originally intended for Microsoft's Xbox Series X, perhaps because the silicon did not pass muster. Well, the partially disabled part has resurfaced, this time in a series of high resolution photos.
The first appearance came in a Geekbench listing, which identified the part as having 8 cores and 16 threads, 12MB of L3 cache, and a 4GHz boost clock, which is 200MHz higher than the Xbox Series X and 400MHz higher than the Xbox Series S. It also showed up on a driver support page on AMD's website, which has since been removed. 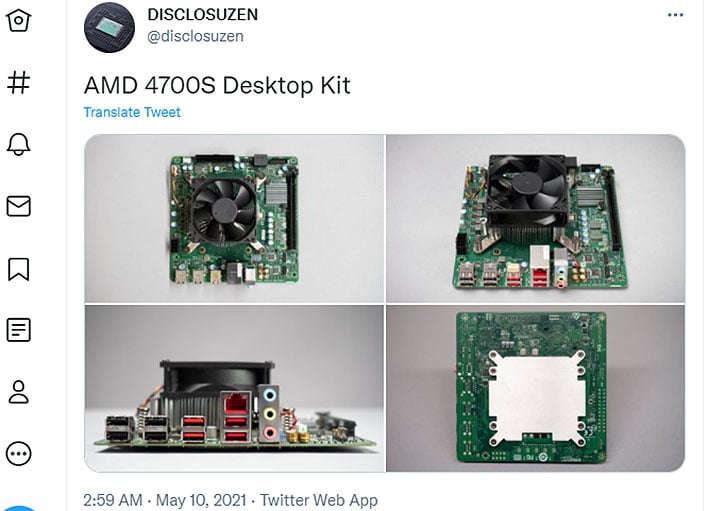 AMD can scrub its site of any references to the 4700S Desktop Kit all it likes, we know it exists (and so does the Wayback Machine). And thanks to Twitter user @disclosuzen, we now have a handful of high resolution photos to look at.
It's really more of a juicy teaser, though, because none of the pics show the 4700S Desktop Kit with the cooling fan removed, thereby depriving us a view of the actual silicon. Drats! That is what we are most interested in seeing, so as to compare with the APU inside the Xbox Series X. Ah well, that will apparently have to wait for another day. 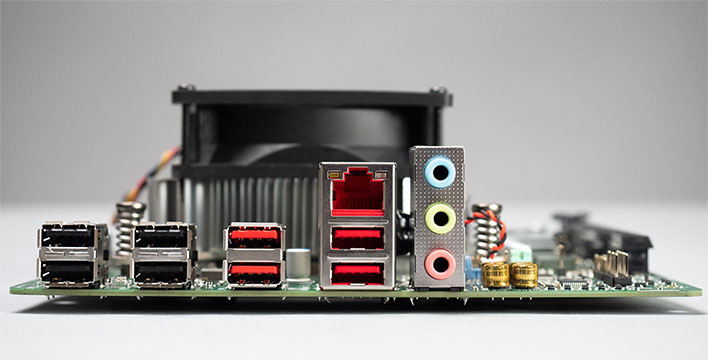 We do at least get a visual tour of the kit as assembled, including the port selection, as seen above. Specifically, it has four USB 2.0 ports, four USB 3.0 ports, a gigabit LAN port, and three-channel audio jacks.
This kit is something vendors in China have already implemented into small form factor builds. The contraption features 16GB of GDDR6 memory soldered to the motherboard (there are no DIMM slots), and it is believed AMD disabled the onboard RDNA 2 graphics, so it needs to be paired with a discrete GPU (there's a single PCI Express x16 slot on the tiny board).

Power delivery consists of a 5-phase VRM for the APU and 3-phase for the memory. And like most modern systems, it draws power from a main 24-pin ATX connector and an 8-pin connector.
Will this ever see the light of day in the US? Not likely, at least not from US vendors. AMD removing its driver support page is telling. That's too bad, because this is an intriguing little kit that could be make for a nice SFF gaming PC.