AMD processors that were originally intended for Microsoft's Xbox Series X consoles may have found their way to resellers in China. Or perhaps AMD is building a new CPU for select markets. Either way, a mysterious AMD 4700S part has found its way to the wild, as part of a custom mini-ITX form factor gaming build.
What exactly is this previously unknown part? it first showed up around a month ago, in a Geekbench 5 listing, which pegged it as being an 8-core/16-thread processor with a 3.6GHz base clock and 4GHz boost clock. The benchmark listing also pointed to 8MB of L3 cache. Have a look... 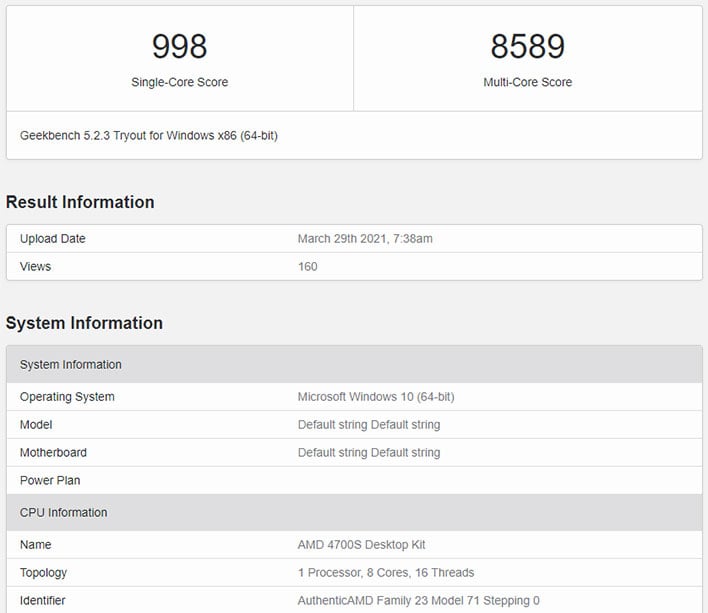 Notice that the full name is "AMD 4700S Desktop Kit" in the benchmark listing. That's an accurate label—looking on AMD's website, there is a single reference the 4700S in public view, which is a drivers and support page for the AMD 4700S Desktop Kit. That's not where the mystery ends, however, but where it begins.
One of the interesting things about the desktop kit is there is no reference to "Ryzen," which suggests it is not a typical consumer product. Adding to the intrigue, a Chinese retailer called TMall is advertising a mini-ITX system built around the 4700S and an "AMD Cardinal" motherboard. 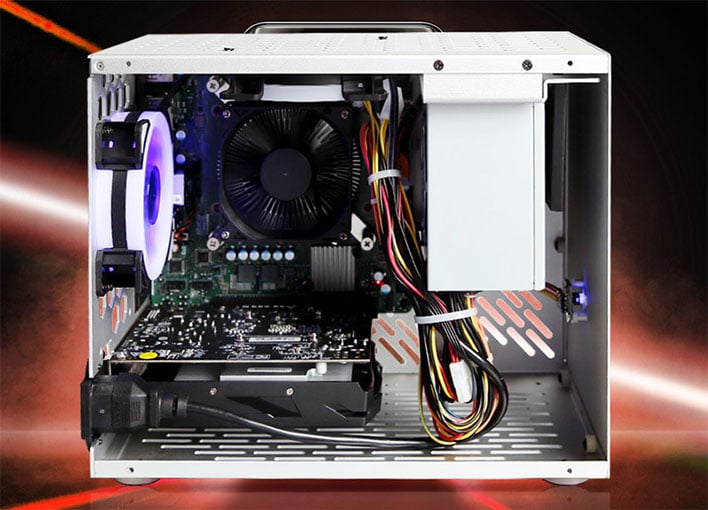 According to the listing, this is a Zen 2 processor with 8 cores and 16 threads, 12MB of L3 cache, and a 4GHz boost clock, which is 200MHz higher than the Xbox Series X and 400MHz higher than the Xbox Series S. It has been speculated that the higher clock is the result of disabling the integrated graphics.
The listing also indicates there is 16GB of GDDR6 memory soldered to the motherboard (there are no DIMM slots), the same amount found on the Xbox Series X. And so it would seem the 4700S was either initially intended for the Xbox Series X but did not make the cut for some reason, or was used for testing prior to launch and are now being sold as part of a desktop kit. Either way, it's a clever way of moving previously unsold inventory.
Other specs include a Radeon RX 550 graphics card, 500GB SSD, four USB 2.0 ports, three USB 3.2 Gen 2 Type-A ports, a single USB 3.2 Gen 1 Type-A port, a LAN port, audio jacks, and HDMI, DisplayPort, and DVI outputs. 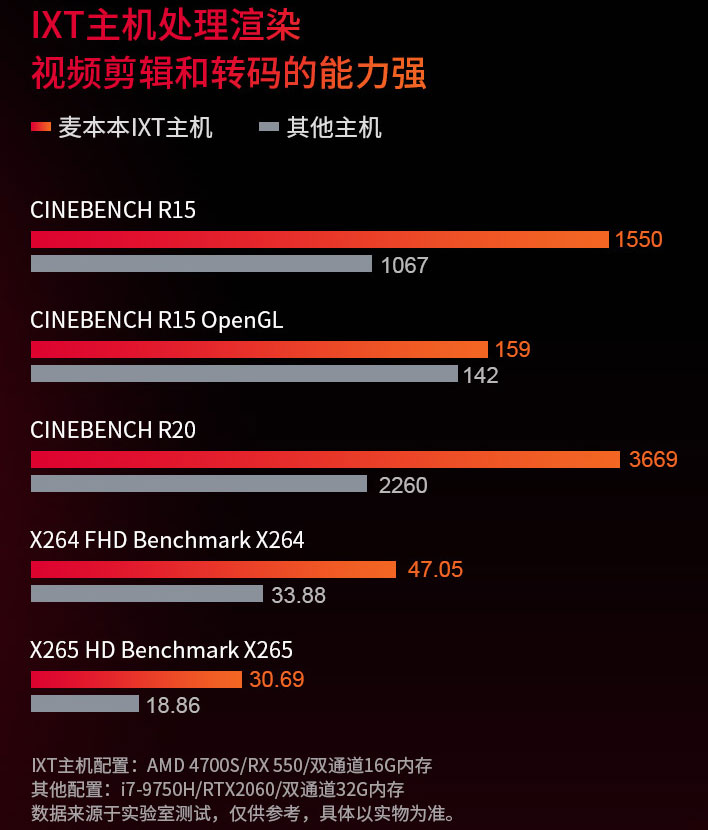 According to the seller, this setup is faster than a laptop with an Intel Core i7-9750H processor and mobile GeForce RTX 2060 GPU. As for pricing, the marketplace seller is asking 4599 to 5599 Chinese Yuan, which converts to around $709 to $863 in US currency.

If AMD is in fact repurposing custom chips that didn't make the cut for the Xbox Series X, then we suspect there will be a relatively small number of these parts available.