Amazon Flash Spring Sale Brings Deals On Echo, Eero Wi-Fi Mesh And Ring, Up To 40% Off

Amazon fans looking to add a few smart home and other devices to their stable of products may want to take advantage of some special deals the retail giant has just made live. Amazon has a Spring sale going on the Echo Dot third-generation in multiple colors, the Ring Video Doorbell 2, and the Amazon eero mesh Wi-Fi system. For those on a budget during the coronavirus outbreak, Amazon is offering monthly payments on many products as well. And to help with the boredom coefficient, Fire 7 Kids Edition tablets are on sale now as well.

The first product is the Amazon Echo Dot third-generation Smart speaker with Alexa built-in. This device is significantly marked down with a sale price of $29.99, which is $20 off the regular $49.99 price tag. Amazon will also allow users to pay it out with five monthly payments of $6. For those who have never used Amazon's monthly payment plan, there is no credit check, but Amazon will charge a payment to the credit card used to check out each month. The kids edition Echo Dot is also on sale with the same $20 discount, making them $49.99. Finally, Echo Dot with Clock is on sale as well and could be perfect for bedrooms. 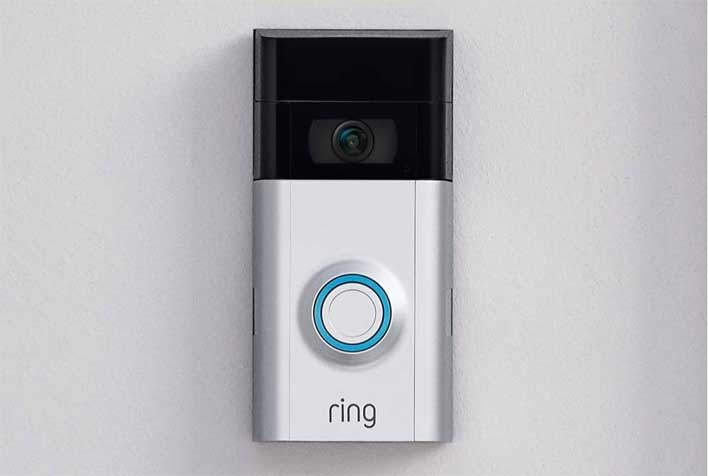 Another product that's on sale is the Ring Video Doorbell 2 with HD video, motion activation alerts, and easy installation for existing homes. The Video Doorbell 2 is powered by a quick-release rechargeable battery pack, though you'll still need to wire it into the old doorbell's two wire system (super easy) to charge the battery. The doorbell also connects with Alexa devices, for communication on compatible Echo devices and can be paired with the Echo Show 5 or 8 to see who's at the door. Both the Ring Doorbell 2 and the Echo show are on sale right now with the Ring Video Doorbell 2 at $169, which is $30 off. The Echo Show 5 is on sale with a $30 discount for $59.99, and the Echo Show 8 is on sale for $89.99, which is a $40 discount.

The Amazon eero mesh Wi-Fi three-pack is also on sale right now for $50 off, making the three mesh router system $199. These devices can be controlled with an Alexa device as well and will provide mesh Wi-Fi coverage for a home up to 5,000 square feet. Buyers can also opt for a three-pack that has a free Echo Dot at the same $199. 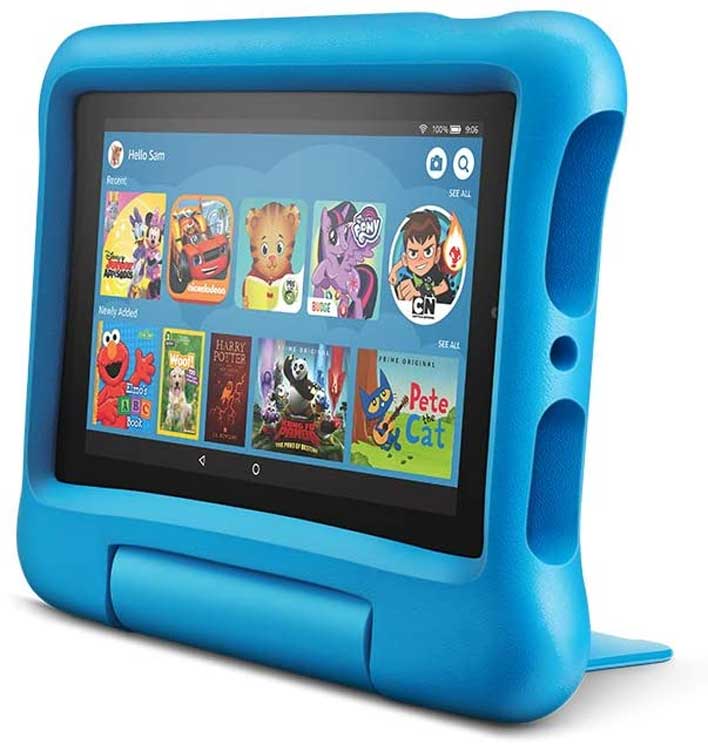 Finally, parents looking for a device to help keep kids busy while everyone is on stay-at-home order can get a discount on the Fire 7 Kids Edition Tablet. It's offered in blue or pink on a $30 discount making the tablet $69.99. Parents can also get a two-pack for $139.98. Some colors are out of stock now but can be ordered for delivery later.

These discounts are certainly an attempt by Amazon to move some of the product stockpile it built up for Prime Day that was delayed recently. Prime Day is most likely not going to happen until at least August and Amazon has warned it could take a $100 million loss as a result of the delay.