Amazon has a spotty track record of delivering electronics in perfect condition to customers, such as the destruction of AMD CPUs earlier this year. Most recently, a farming and photography couple in Colorado ordered a brand-new Sony Alpha 1 camera from Amazon, but only found empty boxes.

When you spend $7,000 on a product, you would expect a certain level of care and protection to ensure that it arrives in good, working condition. In an interview with The Denver Channel, Bill and Kelly Chiles explained that they ordered a new camera only to open it and find two empty camera boxes inside the ironically smiling Amazon box that left them anything but happy. 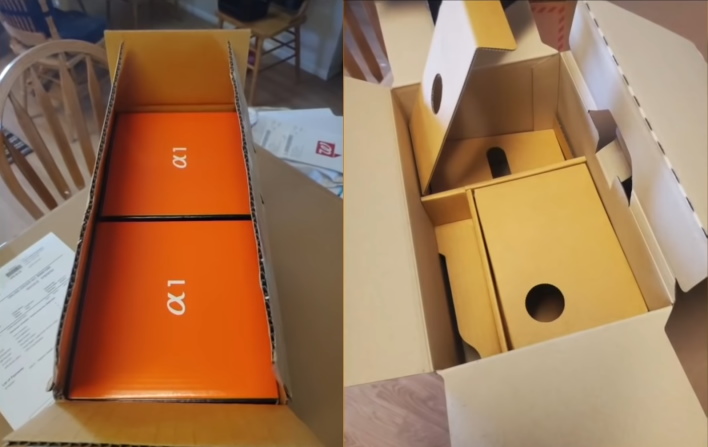 "We've bought several cameras from Amazon, and we've never had a problem," said Bill Chiles, so when they ordered this one, they thought nothing of it. Due to the global chip shortage, it took approximately two months for it to be delivered. Then when their issues began, they were simply "shocked," but that was only the beginning of the trouble.

When the couple contacted Amazon support to get the situation rectified, the company instead "insisted the camera had been verified and refused to issue a refund." Bill Chiles stated that the support agent "literally told me, 'Since there's nothing more I can do for you. I'm going to disconnect you now,'" which is less than stellar customer support. However, the couple had proof, which was sent to Amazon, that something was awry. The UPS tracking label listed a package weight of two pounds, but elsewhere online, the package weighs up to and over three pounds. 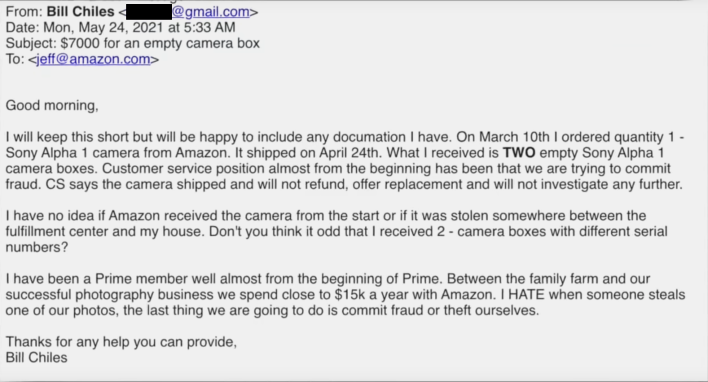 As Bill Chiles explained, "Seven grand is a lot of money. I don't care who you are," so the couple "filed a police report with local law enforcement, disputed the credit card charge and reached out to Contact Denver7." After Contact Denver7 began the investigation and the couple reached out to Amazon CEO Jeff Bezos, the company evidently reversed its stance on this situation with a promised refund after the credit card dispute was cleared up. 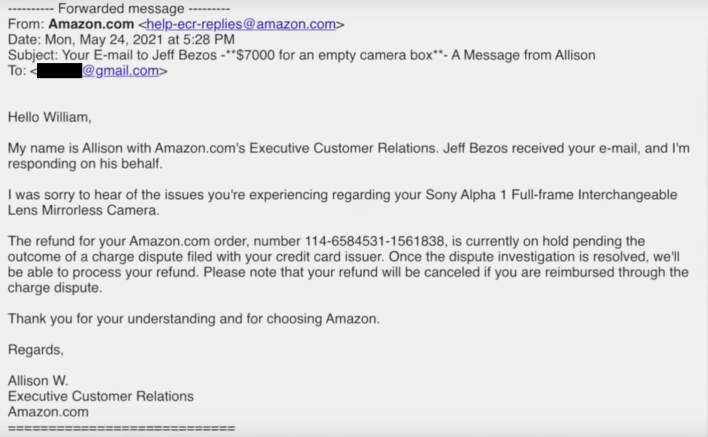 In the interview, Bill pointedly asked, "Is there any integrity in that company anymore?" It is hard to tell with the plethora of issues and accusations Amazon faces, from bad deliveries to poor employee conditions. Hopefully, as situations like this get more coverage, Amazon will address these concerns, but we will have to see. Either way, let us know what you think of this situation and how it was handled in the comments below.
(Images Courtesy Of The Denver Channel)