In the true holiday spirit, Amazon has announced that new and existing owners of an Echo Show 15 will have free access to Fire TV in the coming months. The company tweeted out the news saying that 70 percent of owners already use the device to watch videos.

Smart devices are found throughout homes nowadays, with many of them having screens for consuming online media. While many people look to get a larger TV each year, just as many look for ways to watch their favorite online content on smaller, more portable screens. Whether it is that 85" smart TV in the living room, or a smaller 15" Amazon Echo Show device in the kitchen, people want to be able to watch what they want, when they want. Now, Amazon has announced that anyone who owns or buys a new Echo Show 15 will be given free access "to the Fire TV content they know and love," in the coming months.

The Amazon Echo Show 15 is a 15.6" smart display with Alexa and Fire TV built-in. With the upcoming free update, existing Echo Show 15 customers around the world will be able to access Fire TV content. This smart device will be able to stream over 1 million movies and TV episodes, with subscriptions to apps such as Netflix, Hulu, Prime Video, Disney+, as well as Paramount+ and Showtime, a first for the Echo Show.

Watching online content is not the only useful function of the Echo Show 15. Take advantage of customizable widgets such as shared calendars, personal sticky notes, and to-do lists in order to keep your entire family on the same page. With the Photo Frame feature, you can use the Echo Show to display your family's most cherished photos, artwork, and other albums from Amazon Photos. 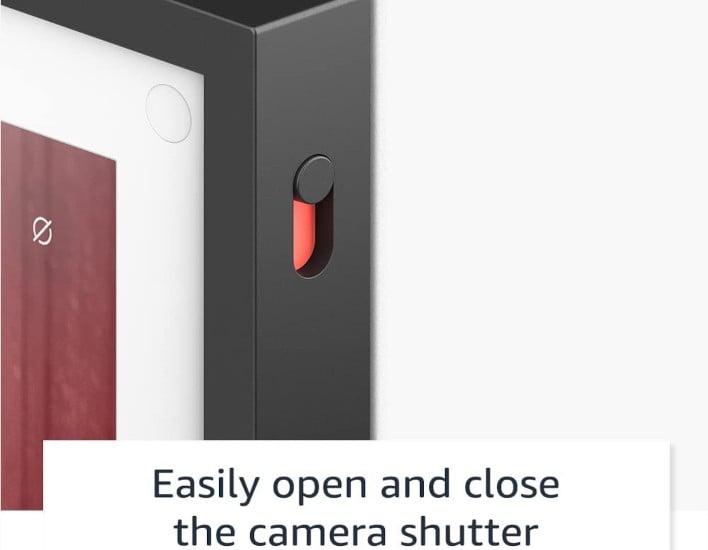 Another nifty feature is being able to add your most-used smart devices to the home screen for quick access, and coming later this year, you will be able to view multiple cameras on a single screen. Take advantage of the easy-to-use camera shutter available on the Echo Show whenever you need some privacy.

Whether you plan on using the Echo Show 15 to keep your family organized, show off all the great artwork of the five-year-old grandchild, check in on the sleeping baby, or watch your favorite online show, you are sure to be pleased. The Echo Show 15 is currently on sale on Amazon for 26% off at $185 and would make anyone a great holiday gift.