Anker is a well-known accessory maker that is a huge seller on Amazon. The company sells all types of products from USB-C cables, to portable batteries, to wireless headphones, to robotic vacuums, and everything in between. However, there is a new, unreleased offering from Anker that is on the way which is giving us some insight into a product from Amazon.

The Federal Communications Commission (FCC) has listed a new Anker wireless charging pad on its website. This by itself isn't all that interesting, since Anker makes tons of wireless charging pads the support Android and iOS smartphones along with other Qi-enabled accessories. However, the name of the product is the intriguing part: Anker Innovations PowerWave Pad for Amazon Echo Buds (2nd Gen with Wireless Charging). 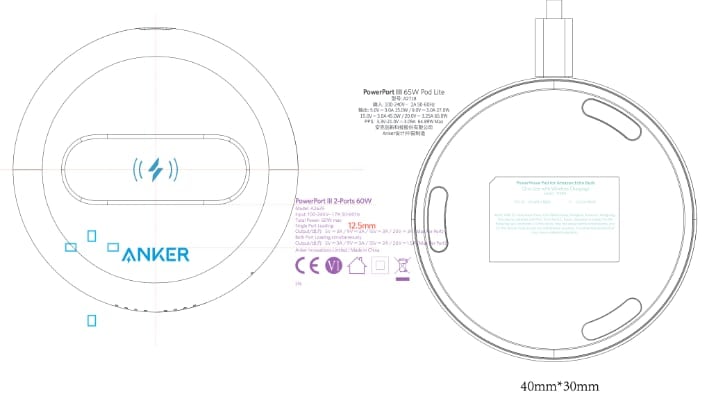 That's quite a mouthful, but the key takeaway is that the charger supports second-generation Amazon Echo Buds with wireless charging support (which haven’t even been announced yet). If you recall, the first-generation Echo Buds were announced last year, and they came with a charging case that only supported charging via a microUSB connector on the side. But we now know that Amazon's second-generation Echo Buds will support wireless charging, which would put it in the same company as competition like the Apple AirPods Pro.

Given the diagram of the charger that was presented to FCC, we can see that it looks as though the wireless charging case could switch from a more rectangular shape to something that is more oblong. Perhaps Amazon could also take the opportunity to add a USB-C port as well for those that prefer to charge faster the "old fashioned" way.

Amazon's first-generation Echo Buds were first announced in September 2019, and included supports for the Alexa voice assistant (of course) and Bose Active Noise Cancellation. They last 5 hours per charge, while the charging case can provide a total of 20 hours of runtime. We'd imagine that those figures might get a slight uptick with the second-generation offering.