Did you score an Amazon gift card for Christmas? Either way, now is a great time to peruse the online retailer for discounted hardware because the deals are in full force for Boxing Day. While traditionally a shopping holiday in the United Kingdom, retailers rarely miss an opportunity to hold a sales even in US, and this one is no exception. As such, we've rounded up a collection of bargains on monitors, solid state drives, and other miscellaneous items.

Save Big On Monitors From Samsung, LG, And Others

Long gone are the days when 4K monitors commanded a king's ransom. Sure, some of them still do, but there are also more affordable models on the market, especially if you can catch one on sale. And you can right now—shown above is a 32-inch Samsung monitor (LS32A700NWNXZA) with a 4K resolution and HDR10 support for $299.99 at Amazon (save $100).
It has a 60Hz refresh so it's not built for competitive gaming, but it does serve up loads of on-screen real estate in a sizable 32-inch package. The monitor also features a "3-sided borderless slim" design, so there's more screen and less bulk.

If you have a bigger budget and want to go wide—really wide—the Samsung Odyssey G9 is your ticket. This 49-inch beauty is on sale for $999.99 at Amazon (save $400) and is a dream monitor for gaming and productivity alike, due to its ultra-expansive form factor.

You're looking at a 5120x1440 resolution (32:9 aspect ratio) with a fast 240Hz refresh rate and 1ms response time, so it has the speed and responsiveness for gaming. This is also a FreeSync Premium Pro display that has been certified as G-Sync Compatible, so it can match the refresh rate to your GPU whether you're rocking and AMD or NVIDIA graphics card.
If you really want to go bonkers, there's the newer Samsung Odyssey Neo G9 for $2,299.99 at Amazon (save $200). The specs and features are similar, except the Neo brings mini LED lighting to the ultra-wide screen party. Really though, the Neo variant puts into perspective what a great price the non-Neo model is selling for right now.
Here are some other monitor deals...
Now let's look at some SSD bargains...

The Samsung 980 Pro is the same SSD that I have installed as my primary drive in my own PC, and you can too, it's just a matter of choosing a capacity. The 1TB model is on sale for $179.99 at Amazon (save $50). It's a PCIe 4.0 model in the M.2 form factor, with rated speeds of up to 7,000MB/s for sequential reads and 5,000MB/s for sequential writes.
In addition to being a great storage upgrade for your PC, the 980 Pro line is compatible with the PlayStation 5. See our guide on how to upgrade your PS5 with a fast SSD for more info on expanding your game console's storage.
Some more SSD deals... 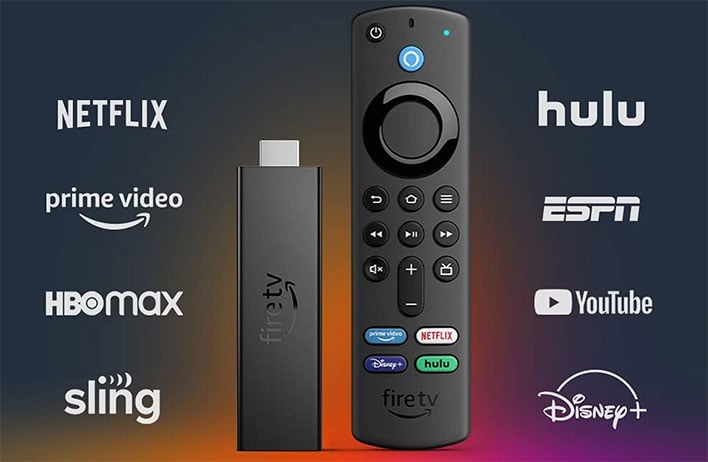 In addition to monitors and SSDs, we tracked down discounts on a few other items, including Amazon's Fire TV Stick 4K Max, which is on sale for $31.99 (save $23). This is Amazon's flagship streaming dongle before getting to the Fire TV Cube.
The Fire TV Stick 4K Max features 1.8GHz CPU, 750MHz GPU, 2GB of RAM, and 8GB of internal storage. It also boasts support for Dolby Atmos and Dolby Vision. This is a fantastic price for one of the best streaming dongles on the market.
Here are some other miscellaneous deals...
Happy shopping!