It was inevitable that Microsoft would release a Surface Pro 8, but no one expected that we would come across it in this manner. An alleged Surface Pro 8 engineering sample was sold on eBay for $1,300, and it comes with some interesting specs.

Whereas the Surface Pro 7 is powered by 10th generation Ice Lake processors, this prototype is rocking Intel's latest 11th generation Tiger Lake processor (Core i7-1165G7). Not only does Tiger Lake bring some healthy gains in performance over Ice Lake, but it also supports PCIe 4.0, USB 4 and comes with a far superior Iris Xe integrated graphics engine. 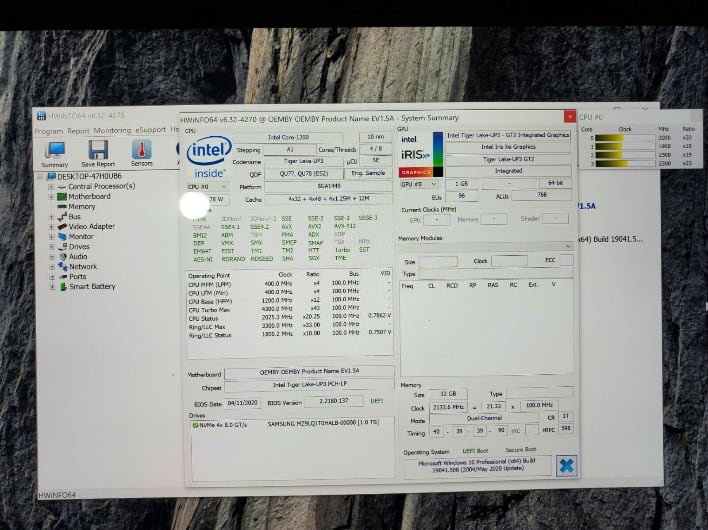 In this case, the Core i7-1165G7 processor is paired with a generous 32GB of DDR4-4266 RAM and a 1TB SSD. For those keeping score, the Surface Pro 7 topped out at 16GB of RAM. However, for those of you that were expecting a total revamp of the Surface Pro's design language, you'll be disappointed. It looks as though the same design has been carried over yet again, complete with the rather thick bezels around the display.

The Surface Pro 8 that was sold also included a Blue Type Cover, and the seller included this caveat: "Perfectly working, but as it is unreleased do backup driver yourself before restoring otherwise you cannot find it online." That makes sense considering that this is an unreleased product and finding drivers for all of the updated internal components could be very problematic for the buyer. 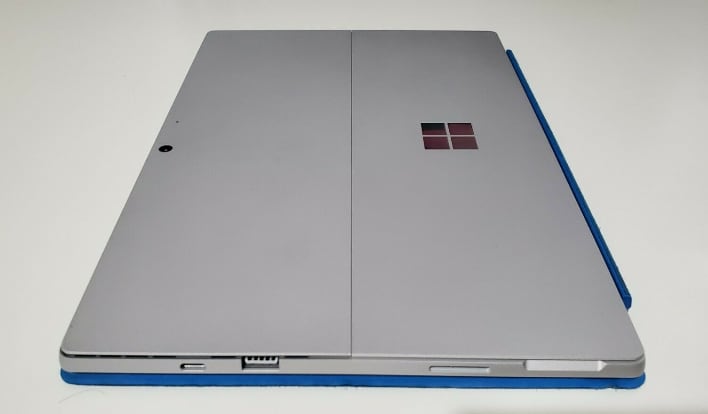 With that being said, if this is a legit prototype, the main question that many will ask is when will it be released? The Surface Pro 7 launched in October 2019, which means that the Surface Pro 8 is running a bit behind schedule. However, we haven't seen any news in the channel suggesting that a release is imminent, so we could be looking to early 2021 or beyond before customers get a chance to lay hands on Microsoft's latest 2-in-1 convertible.