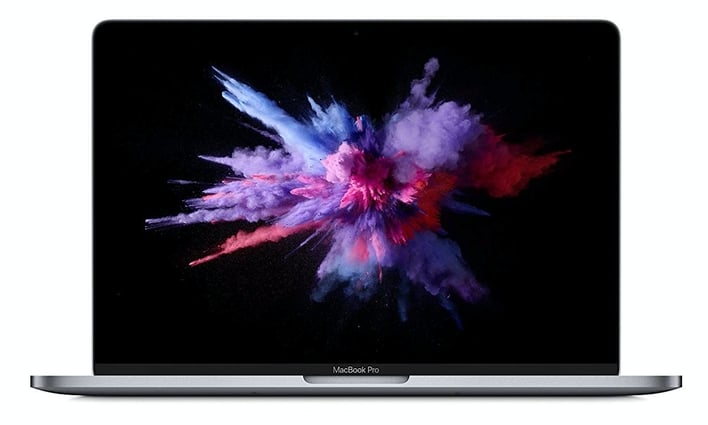 Late last year, Apple performed a major update to its flagship MacBook Pro family with the release of a new 16-inch model. The company kept the same Intel Coffee Lake processors, but included a number of key updates including a replacement for the failure-prone and unloved butterfly keyboard.

Apple's 13-inch MacBook Pro family is also due for an update, and the company is expected to launch it sometime this year. According to this latest 3DMark benchmark result unearthed by @_rogame, Intel is switching to Ice Lake processors for the 13-inch model, replacing the current Coffee Lake options.

In Time Spy, the Ice Lake-powered MacBook Pro 13 absolutely wipes the floor with its predecessor. Performance increases by roughly 12 percent in the CPU tests, while the GPU tests (Gen 11 graphics) show a near 30 percent uplift in performance. This particular 2020 MacBook Pro 13 is a top-spec model equipped with 32GB of RAM and a 2TB SSD.

In addition to the Ice Lake processor upgrade, it's fair to assume that the new 2020 MacBook Pro 13 will carry on some of the same design updates as its big brother, the MacBook Pro 16. So, we might see a slightly larger display (perhaps bumped to 14 inches, which would actually make it a MacBook Pro 14), a slightly thicker chassis to accommodate a larger battery, and the new scissor-style keyboard with longer key travel. We should also expect the new model to a smidge heavier than the 3 pounds of the current model.