Late in 2019, Apple released its [mostly] new flagship MacBook Pro laptop with a larger 16-inch display, 100 WHr battery, and most importantly a new scissor-style keyboard to replace the hated and trouble-prone butterfly keys. It's a given that the more robust scissor key mechanism will arrive on Apple's smaller MacBooks in the future, and we could be looking at signs of the first of these products today.

Thanks to some sleuthing by MacRumors, the company found his Apple product identifier in the European Economic Commission (EEC) database: A2289. A2289 is simply described as a "portable personal computer brand Apple" that is running macOS 10.15. Given that the 16-inch MacBook Pro was just released a few months ago, the most likely product that is being referred to here is the 13-inch MacBook Pro replacement.

MacRumors goes on to point out that the EEC has been incredibly accurate at giving an early glimpse at unreleased Apple products including a host of Mac, Apple Watch and iPhone devices over the years. 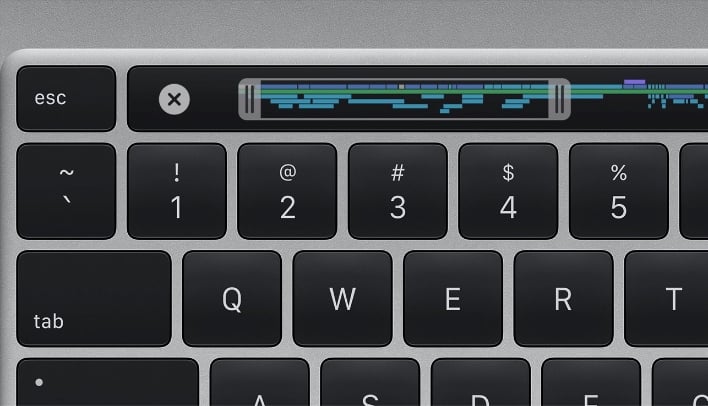 If this is indeed the successor to the 13-inch MacBook Pro, there is some scuttlebutt that Apple may trim the bezels -- as it did with the 16-inch MacBook Pro -- to stretch the display to 14 inches diagonally. This would also result in a slight boost in screen resolution. The aforementioned scissor-style keys would of course make an appearance. Looking at the 16-inch counterpart as a model, we could also see a slight increase in thickness and weight to make way for better cooling and a larger battery.

What's uncertain, however, is what processors would be featured in this redesign. The 16-inch MacBook Pro carried over 9th generation Intel Coffee Lake processors up to a Core i9. Given that we're already in 2020, we'd imagine that Apple would transition to 10th generation Core processors (Comet Lake or Ice Lake) in Core i5 and Core i7 guise.

Given the smaller form-factor and tighter cooling requirements, we'd expect that the new MacBook Pro would continue to forgo the discrete graphics available in its larger sibling. However, we see no reason why the max 32GB of RAM and 8TB SSD would be off the table.

At this time, there's no word on when this new 13-inch (or 14-inch) MacBook Pro will be made available.